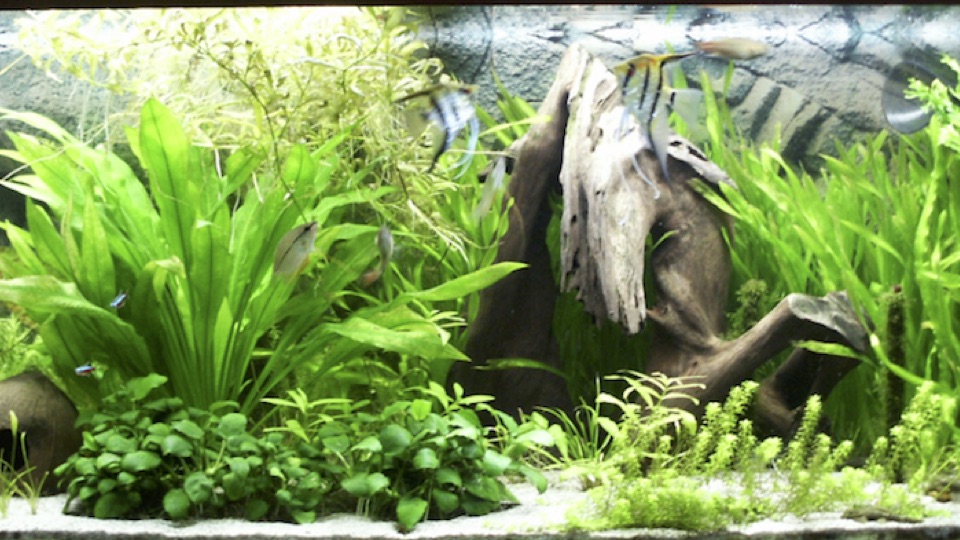 Fish tanks make an interesting addition to any living room, but their use extends far beyond interior design. Standing still and gazing at the vivid colors of the water world has a captivating effect on many people. Apart from being pleasant, fish tanks can improve physical and mental conditions.

Fish tanks seem to help us keep our spirits up. A study conducted by researchers from several UK universities and the National Marine Aquarium has shown that watching fish tanks can have a positive effect on a person’s physical health. Researchers examined the heart rate, blood pressure, and mood of study participants while they were gradually introduced to different fish species in a tank at the National Marine Aquarium. The study found that the heart rate and blood pressure of participants were reduced significantly after watching the fish in the tank. Also, the participants reported being in the best mood when the tank contained the highest number of fish.

Another study conducted in 2004 involved patients that required electroconvulsive therapy. The researchers monitored the effects of an aquarium on fear, frustration, depression, and pre-treatment anxiety. The study found that the presence of an aquarium reduced the participants’ anxiety levels by 12%. The effects of aquarium therapy have been a matter of debate among psychologists, but there is a growing number of evidence that shows the positive impact of aquariums on mental health.

In the challenging world of modern living, it’s hard to avoid stress and it’s necessary to have some time off to relax and recharge. It’s a good idea to have a fish tank at home or at work to help you clear your thoughts and stay focused. Watching your fish swim for a few minutes every day can soothe your mind and make you more productive.

Children are usually the ones that are most attracted to aquariums. You can turn an ordinary visit to an aquarium into an interesting learning experience. Kids can improve their vocabulary by recognizing animals in the aquarium. Having living representations in front of them rather than just words written on paper can help them memorize vocabulary better. This learning method can benefit all three types of learners. Visuals can enjoy different colors of fish and corals, auditory learners can take pleasure from different noises the animals produce, while kinesthetic learners can go exploring. Apart from this, a visit to an aquarium may spark their interest in learning more about wildlife.

Additionally, a small home aquarium is a great first “pet” for young children, teaching them responsibility and caring about the animal kingdom.

Research has shown that patients with Alzheimer’s disease respond well to fish tanks. The study published in 1999 examined how an aquarium with large fish influences eating habits and behavior of patients with dementia. The study found that the presence of an aquarium increased both the food intake of patients and their level of attentiveness.

Aquariums may also be beneficial in calming patients with autism. Autistic children are extremely sensitive to sensory stimuli, so it’s important not to over-stimulate them. Fish tanks feature a variety of colors, and the sound the water makes combined with the swimming of the fish can captivate the children’s attention and keep them relaxed. In addition, you can add some fish tank accessories to make the environment authentic, such as driftwood and color gravel.

Natural settings are known to have a positive influence on human health. As such, the underwater world also has its potential. Having a fish tank in your immediate environment can have a number of health benefits, such as less stress, more energy and motivation, and a brighter mood. It can also be a part of an educational program and it can provide help in treating some diseases. When you’re unable to access outdoors, you can turn to your own source of relaxation at any time.

2 comments on “The Mental Health Benefits of An Aquarium”