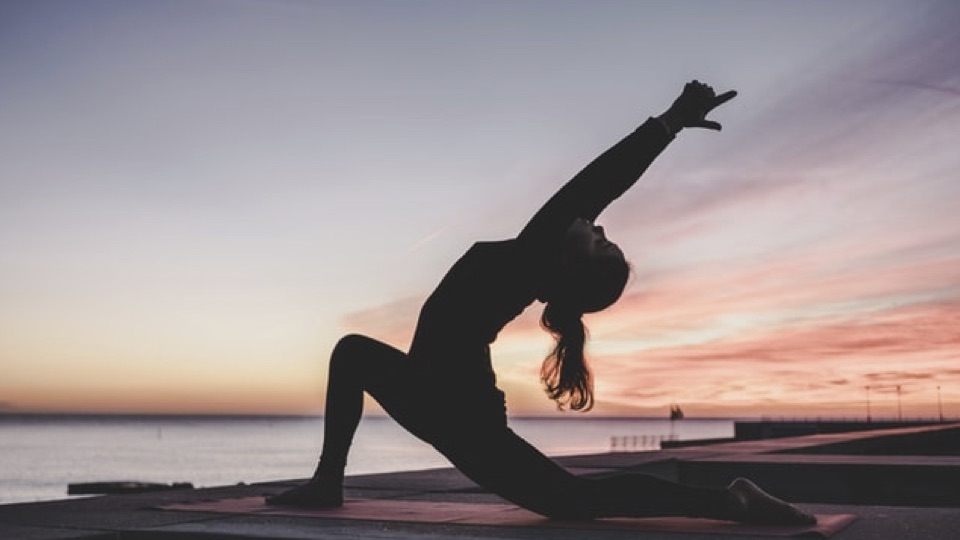 Yoga is practiced all over the world as a form of exercise, relaxation, and a means to connect to your spirituality. Yoga classes can, however, be incredibly intimidating. Many a time I’ve found myself in a class surrounded by yogis in perfect triangle poses while I’m struggling to breathe in more of an awkward rhombus position.

This, amongst other things, is why I prefer a particular branch of yoga called Kundalini. With ancient origins in the sacred Hindu texts known as The Upanishads, Kundalini yoga is less stretch-your-body-until-it-breaks and more ignite-your-energy-until-you-shake (in a good way).

What is Kundalini Yoga?

It is a form of yoga that focuses on energy. It consists of pranayama (breathing techniques), kriyas (postures), mantras (chants), and mudras (hand positions) performed repetitively or held for a period of time.

The idea behind this type of yoga is that we store our innate energy and power at the base of our spines, which is represented as a coiled-up snake. In fact, in Sanskrit, the word “kundalini” means “coiled snake.”

The kriyas, pranayama, mantras, and mudras help to uncoil the snake of our energy and move it up our spines and through the seven chakras (or energy focal points) of our body.

It may sound a bit woo-woo, but the aim is to raise your awareness and unblock your energy so that you can thrive and reach your highest potential. And if you try one Kundalini class, you will certainly feel the difference in your energy.

Who can do Kundalini?

Kundalini is an intense and deep practice, but the postures and breathing techniques themselves are not difficult, which means beginners up to advanced levels can all benefit.

Like all physical activity, you need to keep in mind your personal condition. Kundalini is generally safe, but consult your physician first if you:

What happens in a class?

Opening chant or “tuning in”

The chant (mantra) is sung in the ancient Sikh language, Gurmukhi. This is probably for the best as a lot of the chants mean things like, “I am truth” (Sat Nam), which feels fine to chant in an unknown tongue but a bit uncomfortable to chant amongst your English-speaking classmates.

This includes breathing techniques and some stretches. One popular technique is called Breath of Fire, which involves sharp in and out breaths to get the diaphragm pumping.

You’ll then get into the main part of the class, which is either postures held for a certain period or motions performed repetitively for a certain time. These are usually done with your eyes closed and accompanied by breathing or sounds. This is where the real energy work takes place and the muscles start to burn.

After each Kriya, you’ll have a few moments to be still and let the energy settle to feel the effects of it.

Some might say this is the best part of the class. By some, I mean me. Why? Because you don’t have to do anything. You’ve already done the hard work, your energy is unblocked and you can just bask in the glow of yourself and relax. And because you’ve released a lot of tension and calmed your mind, it’s much easier to really get into a good headspace in your meditation.

Classes are closed with a chant, again, in Gurmukhi.

How can Kundalini benefit me?

The repetitive nature of the motions and the long holds in the postures work your muscles and get a strong “burn” going. There will be moments where your arms will be shaking and you will need to use all of your mental power to hold the pose. Many of the breathing techniques, such as Breath of Fire, use a lot of core strength as well.

As with most exercise that involves the burn and breathe formula, Kundalini yoga stimulates the release of serotonin, the hormone that is credited with a feeling of happiness.

Calm your mind and body

Exercise naturally relieves stress by releasing tension (emotional and physical) stored in muscles. It also stimulates the vagus nerve, which is responsible for activating your parasympathetic (“rest and digest”) nervous system. Other things that stimulate the vagus nerve are deep and slow breathing, singing and chanting (as the nerve is connected to your vocal cords), and meditation. This means that Kundalini yoga has many elements that will ultimately leave you feeling serene and peaceful.

We can all benefit from sorting out our mind clutter, relieving tension, and getting the blood flowing. So, if you are looking for something that doesn’t force you into awkward geometric shapes, that really gets your energy flowing and puts your mind and spirit in a healthy, balanced state, perhaps give Kundalini a try.

Photo by kike vega on Unsplash