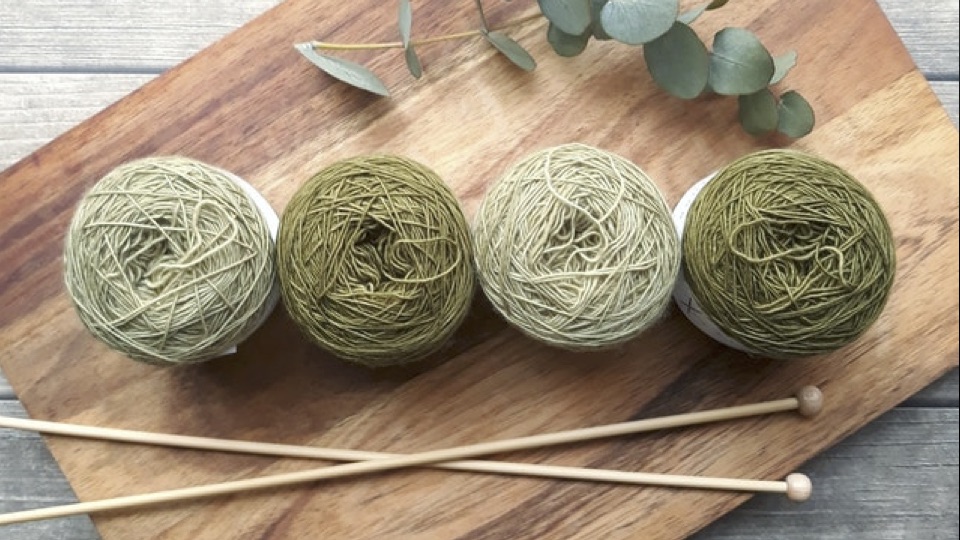 Once viewed as a craft exclusive to the domains of grandmas and certain women’s circles, the act of knitting has evolved from being a simple hobby into a therapeutic wonder. Moreover, the joy of knitting is not limited to the fairer sex either.

In 1973, hulky NFL legend Rosey Grier took direct aim at challenging masculinity with his book, Rosey Grier’s Needlepoint for Men. Reportedly, picking up needle and thread calmed his fear of flying. As recently as the 2021 Tokyo Games, Great Britain diver Tom Daley was spotted in the stands knitting away just one week after winning a gold medal in the men’s 10-meter platform. In a video posted on his knitting and crochet Instagram account, Daley stated, “The one thing that has kept me sane throughout this whole process is my love for knitting and crochet and all things stitching.” Among other things, Daley has knitted a pouch for his prized gold medal and sells other creations such as knitted doggie sweaters, which are posted on his account to raise money for charity.

Ellen B. Rubin is the creative director of Luv2Knit, a full-service yarn store in Jenkintown, Pennsylvania, and founder of its affiliate Therapeutic Crafters on Call, where therapeutic programs are developed for non-profits, governments, hospitals, and other institutions.  As a person who recognizes the mental health benefits derived from knitting and has developed programs to address addiction, anxiety, depression, and PTSD, she has voiced her thoughts about men who knit. According to Rubin, who also works with autistic children, “The representation of male knitters in the media helps clear the stigma that knitting and crocheting are feminine hobbies, and most importantly, gives men easier access to the therapeutic benefits of knitting.” And it’s true. Men are feeling free and unabashed to knit. They are knitting in prisons and in public spaces.

Furthermore, researchers found that keeping your fingers active lessens the impact of arthritis, a joint inflammation that strikes males and females. Because of the repetitive motion involved with knitting, arthritis sufferers can effectively exercise their joints by engaging in this hobby.

For something really different, try arm knitting a beautiful chunky blanket or scarf. Christmas is right around the corner. Don’t worry if your first attempt at knitting a sweater comes out looking more like a large two-headed hat or clumsy blanket. Knit happens. Just relax and enjoy the calming atmosphere knitting provides. Your mind and body will thank you for it.

0 comments on “Knitting for Mental Health”