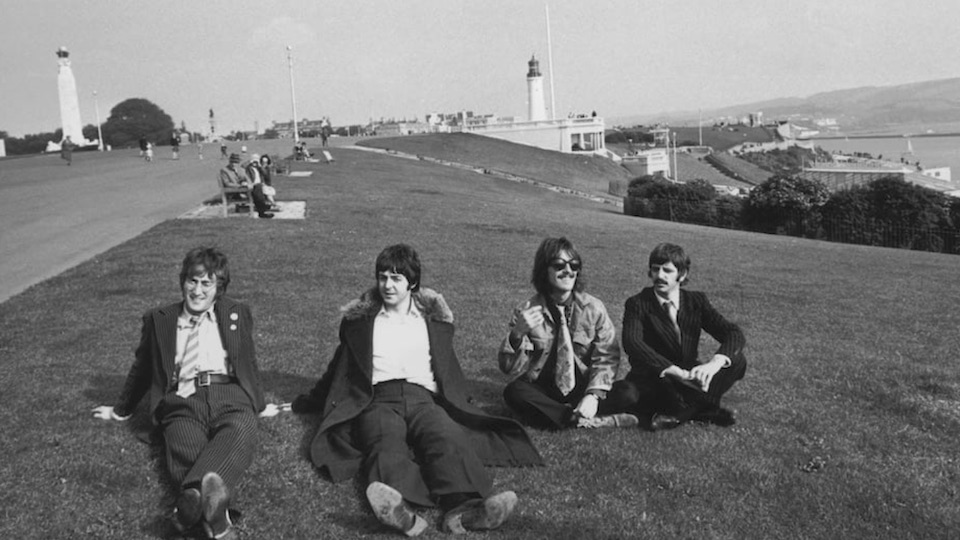 The Beatles’ ongoing popularity across generations and cultures is about more than great music. It’s about the universal themes in their words and what the entire Beatle phenomenon has come to mean. In the early days of Beatlemania, there were press reports of parents bringing children to the Beatles shows to be healed. Over a half-century later, the film Yesterday framed them as a mysterious force that made the world a better place.

Fans I interviewed for Beatleness don’t mean it literally when they say “the Beatles are like a religion to me,” but there is a coherent viewpoint, a set of precepts, within their body of work. Based on my fan research and a lifetime of listening, I’ve identified a tidy group of thirteen songs (you may want to add others) which together capture what we might call a Beatle philosophy or the Tao of the Beatles.

Related: “What ‘Let It Be’ Can Teach Us About Stoicism”

“We Can Work It Out” (1965) is ostensibly about a romantic relationship, but the song can also be heard as a plea that “we” humans use our capacity for communication to move beyond petty discord and bring about a more loving world. Lennon’s observation that “life is very short and there’s no time for fussing and fighting” warns against wasting time on trivialities, inviting a more expansive interpretation of the song as a whole. An instance of true Lennon-McCartney collaboration at its complementary yin-yang best, the song is uplifting and bright. It projects a gospel-like optimism about human potential.

“The Word” (1965) removes love from the pop song context entirely and advocates love as a universal principle. The Beatles claim they’re “here to show everybody the light.” In an underappreciated line exemplifying Lennon’s lyrical elegance—“Everywhere I go I hear it said, in the good and the bad books that I have read”—we’re reminded that all spiritual traditions and all human experience are ultimately rooted in love. Acknowledging that he “misunderstood” in the beginning, the takeaway is “be like me” and awaken.

“Think for Yourself” (1965), like “We Can Work It Out,” fits the heteronormative relationship dynamic of pop music yet suggests a broader frame. The most salient element is a strong statement of principle: do what you want, go where you want, but, most importantly, think for yourself. Despite Harrison’s usual miffed tone and the aggressive fuzz bass, the song is, like all the songs in this group, optimistic about human potential: the future is full of possibility, and mistakes of the past can be overcome.

“Nowhere Man” (1966) is a stern invitation to be engaged in the world. In its historical context, it identified the two sides of the emerging “generation gap” between the World War II generation and baby boomers. This song was a major departure from the Beatles’ previous 45s and fans as young as ten recall trying to find meaning in the lyrics. A fan I interviewed for Beatleness said the takeaway message was “you shouldn’t miss out; you need to pay attention.” Like several songs in this group, it encourages personal empowerment through awareness and engagement with the world.

“Rain”(1966) invites the listener to question the perceived reality of the conditioned mind, to think about consciousness itself, and how one’s “state of mind” mediates this duality. The lyrics have a simple, almost nursery rhyme quality, yet the song’s sonic complexity suggests other meanings. John’s emphatic “Can you hear me?” builds on the Beatles’ claim, first made in “The Word,” that they have special knowledge to share. As in “Nowhere Man” the aware “us” is contrasted with the straight, conventional “them.”

“Love You To” (1966) celebrates love and sex and cautions against allowing oneself to be defined by others. Indian instrumentation and sparse lyrics give the song an esoteric flavor and reminds us that time is fleeting. Echoing “We Can Work It Out” in theme—though profoundly different in style and attitude— Harrison reminds us that time shouldn’t be squandered on needless drama. It calls for authenticity and self-knowledge.

“Tomorrow Never Knows” (1966) describes the egoless state of pure consciousness. Much of the lyric is lifted from Timothy Leary and Richard Alpert’s guide, The Psychedelic Experience. Based on the Tibetan Book of the Dead, Leary and Alpert’s goal was to create a mystical context for the experience. Ian McDonald (author of the classic Revolution in the Head) called the song “a riveting blend of anarchy and awe.”

“Within You Without You” (1967), the centerpiece of Sgt. Pepper, preaches the transformative power of love and connectedness. Picking up where “The Word” leaves off, Harrison’s lyrics draw on the essential teachings of all religious traditions—what Aldous Huxley called “the perennial philosophy.” Harrison shares his LSD-inspired realization that beyond the egoic mind is a peaceful, state of pure consciousness where we are all one. (Indeed, recent research in the therapeutic value of psychedelics shows that such unitive experiences are quite common, thus supporting the belief that careful use of psychedelics could lead to a more peaceful world.) Realizing the illusion of separateness furthers the evolution of human consciousness: “With our love, we could save the world.”

“All You Need Is Love” (1967) was written to perform on the first live, international satellite broadcast, watched by an estimated four hundred million people. The Beatles used the song to spread The Word, yet again, to a global audience. With easily translatable, zen-like lyrics, the song has come to represent what the Beatles—and their historical moment—were about.

“Blackbird” (1968) is full of optimism and offers empowering suggestions—seize the day; there’s a way forward. It encourages us to tap into our well of resilience and reminds us that we are agents in our own lives. One of the most successful advertising campaigns ever advised, “Just Do It;” the Beatles, decades earlier, said, “You were only waiting for this moment to arise.”

“All Together Now” (1968) is a children’s sing-along that promotes love and unity in its simple, three-word chorus. Written towards the end of the band’s psychedelic period and featured twice in the film Yellow Submarine, the verses reflect the hippie valorization of pure, childlike perception, which, like the LSD experience, is free of society’s conditioning and categories.

“Give Peace A Chance” (1969) was recorded at John and Yoko’s Montreal bed-in. The clever yet almost gibberish verses are just filler, just people’s blah blah blah. The important point is the plea for nonviolent resolution of conflict. It’s “We Can Work It Out” at a macro, political, level.

“Let It Be” (1970) suggests Christian imagery, but its takeaway has a Buddhist flavor of equanimity and acceptance of the impermanent “is-ness” of things.

The Beatles claimed not to like it when people looked for meaning in their words, and they never intended to tell anyone how to live. But along with the artistry of their music, there is practical and much-needed wisdom in their words.