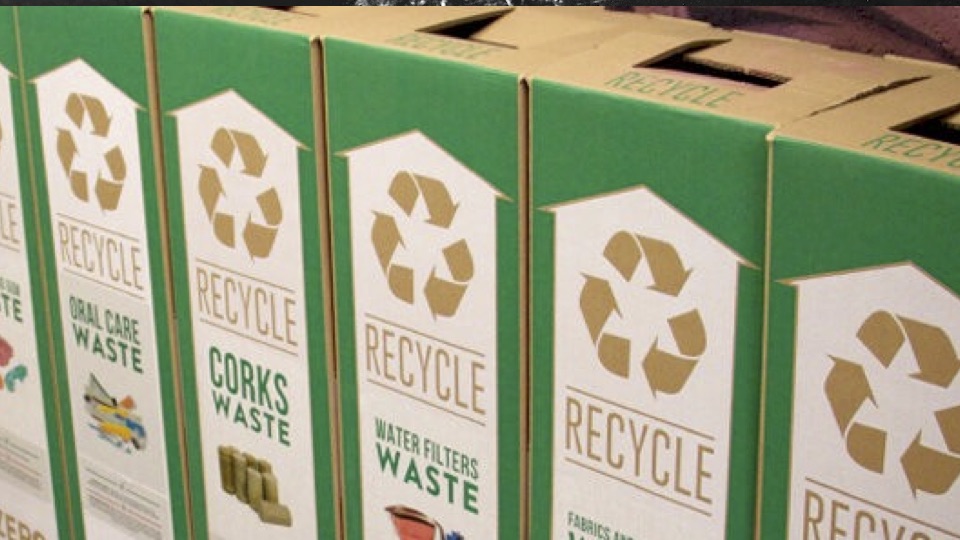 Editor’s Note: This article originally appeared on Medium.com. Ace of Air has graciously allowed us to repost it here. – The NwP Team

When Tom Szaky founded TerraCycle in the early aughts, it was a fertilizer company: It fed worms organic waste, liquefied the result, and packaged it in used soda bottles.

The company’s first year of revenue was 2004, before the language of circular economy began to emerge. But the concept was baked in from its inception. TerraCycle’s first division, created in the early years, is all about collection and recycling — it sought to bend a linear system into a slightly more circular one. The second division is devoted to helping companies use recycled content to make their products. One example: collecting writing instruments with Newell Rubbermaid, one of the biggest pen companies in the world, and using that waste to produce new pens. TerraCycle’s most recent initiative, Loop, is devoted to enabling a reuse-based circular economy on a multinational scale.

At its core — across all divisions — TerraCycle is a service: Its mission is to help companies create their own circular economy. And it’s focused on enabling that shift as fast as humanly possible. Its success is a genuine, uplifting sign of shifts in corporate behavior — and Szaky says that business has never been better.

A Q&A with Tom Szaky

What motivated you to create TerraCycle?

I fell in love with entrepreneurship in high school, probably more for selfish reasons, like fame and fortune. In my freshman year at university, the professor of my Econ 101 class got up on stage and asked, “What’s the purpose of business?” The answer she was looking for was: maximizing profits to shareholders. That felt like a very uncompelling answer for me. It led me to start thinking about, well, what is the purpose of profit?

To me, the purpose of profit is as an indicator of a company’s health. The purpose of a business is not maximizing profits; it’s asking: Does it help society or the environment? That’s what I was starting to think about a lot around that time.

I fell into garbage, if you will, because garbage is a topic full of wild anomalies. In a materialistic world, isn’t it interesting that one day everything we possess will be property of a garbage company? It’s sort of wild when you think about it that way. Ninety-nine percent of what we buy is the property of the garbage company within a year of purchase. And garbage is the least innovative industry per dollar of revenue. Likely because it’s something that we are repulsed by — we want it to be out of sight and out of mind. We don’t want to think about it.

For me, it was a perfect topic to play in. I ended up leaving school a year later and starting TerraCycle, nineteen years ago.

When did you realize that you could recycle anything?

It began first by thinking about making products out of waste. We started with worm poop in a soda bottle. It was literally just organic waste fed to worms: The worms pooped out worm poop, we took that, we liquefied it, and the packaging was used soda bottles.

What makes something recyclable? It turns out it’s not about whether it can be recycled or not. It’s about whether a garbage company can do so at a profit. The things that are recyclable today in our communities are those things that waste management companies can recycle at a profit. The things that are not recyclable are simply the things that are not able to be recycled at a profit. That’s it. That’s the underlying truth to it all. Once we realized that, we realized that it’s an economic issue that we have to solve. We needed someone to want to fund the cost of collecting and processing a certain waste stream. That’s the secret sauce. We had to get someone to fund our ability to collect and recycle dirty diapers or chip bags or toothbrushes.

“What makes something recyclable? It turns out it’s not about whether it can be recycled or not. It’s about whether a garbage company can do so at a profit. That’s it. That’s the underlying truth to it all.”

Once you have that, each type of garbage is like a unique animal. How do we collect it safely and economically? How do we get people to want to collect it? How do you process it? How do you convert that into something else? From there, you make sure that someone wants to pay for it. It’s this idea of collection, solution, and then value. Value is making sure that, if Pampers is going to fund diaper recycling, or Colgate is going to fund toothbrush recycling, or a retailer like L’Occitane en Provence is going to fund cosmetics recycling, they want to fund it and they’re also going to want to scale the funding so that it can become a bigger and more meaningful solution.

How does Loop work, and how did you get so many major brands on board?

In January 2017, we were launching an ocean-plastic Head & Shoulders bottle. After the press conference, we asked ourselves: Is recycling — and making from recycled material — going to solve the garbage crisis? We realized, no, recycling is critically important, but it’s solving the symptom of garbage. It’s not solving the root cause of the garbage problem.

What is the root cause of waste? It’s the idea of using something once. That is what we have to combat. Then we realized that reuse systems already exist at scale today. Propane tanks in the US are reusable. Beer kegs are reusable. But you can’t take empty beer kegs to the propane tank place, and you can’t take the propane tank to the beer keg place. You have to keep them in their lanes. That’s not scalable. Can you imagine a thousand products in your home — down to your olive oil and your margarine — where you have to remember that they get to different places? The real issue in scaling reuse today is that there needs to be a platform where you can buy anywhere and return anywhere.

“What is the root cause of waste? It’s the idea of using something once.”

That is the essence of Loop. We launched Loop publicly a bit over two years ago, and it’s been a whirlwind. Since then, more than 130 major consumer product companies have joined, including Nestlé, P&G, Kraft, Heinz, Unilever, and more. Fifteen of the biggest retailers from all over the world are now live in the UK, France, Canada, the US — and launching in Japan and Australia later this year.

That momentum was achieved because these companies know there needs to be a major solution for reuse. They like Loop because it allows everything to feel like disposability: When you’re done, you throw it away. Except you’re throwing it into a reuse bin. As a retailer, as a brand, you’re just filling a durable container. That’s relatively easy to get one’s head around, versus something more complicated, like reformulations or refill stations.

How is your operation different in different countries? Are there challenges that are specifically American?

It’s interesting because people think there ought to be, but there aren’t. It’s incredibly standardized, how waste behaves. In Japan, we use the same toothbrushes we use here. We use them as often; we throw them out in the same places. It’s more the same than different. Other than language and nuances in culture, it’s identical.

What have you observed about how consumer awareness has changed around waste since you started this work?

Garbage has always been a problem. My whole career, I’d never met someone who said garbage is good. They’ve always acknowledged it as a problem. But there was a major turning point at the end of 2017, when garbage moved from being a problem to being a proper crisis. It hasn’t let go since. COVID has amplified it.

Starting late 2017, early 2018, garbage entered the public’s consciousness as a major crisis. During that time, our company went into hypergrowth — we’ve grown every year since we began, but we tripled in size between 2018 and today. Before late 2017, most people didn’t know what ocean plastic was. They didn’t understand all these issues, and today it’s pretty common that people understand them.

What power do you think the consumer holds in moving toward a more circular economy?

But a circular economy is not intrinsic sustainability. Intrinsic sustainability means we’re in balance with nature. That comes only if we dramatically lower our appetite and the volume of products we purchase. Because even a fair-trade organic-cotton T-shirt that you or I may buy — if we didn’t buy it, the land that cotton was grown on could have been a forest. We can’t delude ourselves into thinking that a circular economy is the whole answer. A circular economy is a step, but then we have to modulate our appetite for buying. We vote for environmental destruction every time we buy something, no matter what it is that we buy.

How do you personally navigate that reality? What’s the most helpful way to talk to other people about it?

In doing my job, I’m trying to do everything I can. But I’m a hypocrite on the consumption side. I struggle as well with not buying. The best way I believe I can help someone with the addiction of consumerism is by saying: I share it, too. It’s not about pointing a finger at you. We’re both in the same boat. We are in a massive destructive addiction to consumerism. I’m still deeply struggling with it myself.

From a business standpoint, I believe the way to get people to change is not to rely on behavior change. Right now, the environmental movement really is focused on it. That is so fricking hard. What we need to do is create options for consumers. With Loop, we are trying to make it feel as much as humanly possible like disposability. You buy something and you throw it away. But you’re throwing it into a reuse ecosystem instead of a disposal ecosystem. We want to allow you to change the least and yet have the greatest impact.

0 comments on “The Man Who Can Recycle Anything”