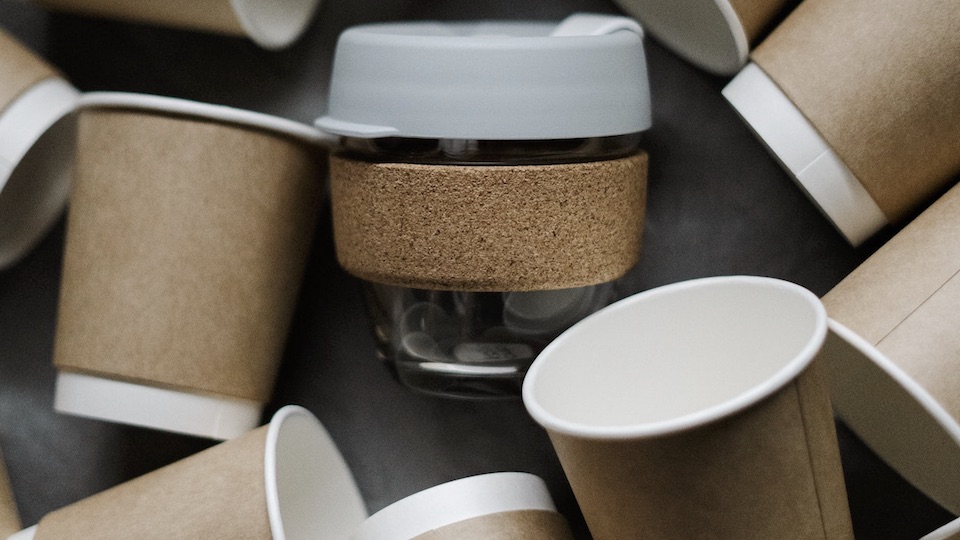 A conversation over a cup of coffee is one of our culture’s greatest unifiers. But what about the cup we drink it from?

For many, ordering coffee has become part of their daily routine – wake up, head out the door, and stop at a beloved local coffee shop before conquering the day ahead. But it’s not often that we consider the cup we’re handed at the end of the transaction – and where it ends up after we toss it.

Millions upon millions of plastic cups and straws are disposed of yearly from coffee chains globally. But even with the growing and worrisome statistics on plastic waste, there is hope. From states banning plastic products in support of the environment on a legislative level, to the increase in customers bringing their own reusable cups for their daily coffee order, there are actions and steps that everyone can take to reduce their own waste. Today, we’ll be delving into the growing plastic waste pandemic, and ways in which you can contribute to reducing your own carbon footprint.

It’s no surprise that plastic has been impacting our environment negatively for decades. But what can we do about it? Hang tight – we’ll get to that part later in the article. First, let’s talk about Mother Earth’s current battle with plastic waste.

Currently, our planet generates ​300 million tons​ of plastic waste annually, and 38 million tons of that comes from the US alone. If that statistic by itself isn’t scary enough, that number is expected to double by 2034. That is, of course, if we don’t start taking action now. The global plastic waste crisis is not only taking a toll on our planet but also our oceans – along with the living creatures that inhabit it. According to ​National Geographic​, an estimated 18 billion pounds of plastic ends up in our oceans every year. Not only is the plastic harmful to aquatic ecosystems, but the products themselves can harm animals when ingested. Research conducted by ​The Ocean Conservancy​, a nonprofit organization that fights for plastic and waste-free ocean environments, says that over 1 million marine animals are killed by plastic products polluting our oceans each year. By 2020, the number of plastics in the sea will be higher than the number of fish.

While recycling is an avenue to reduce plastic waste, it won’t eliminate the need for single-use plastic products. It’s up to us to find more sustainable products that we can incorporate into our daily lives. And this change can happen, with one (reusable) cup of coffee at a time.

The Starbucks Problem – And Solution

Starbucks is one of the most prolific coffee companies in the world. With their mammoth success comes the issue of the immense amounts of plastic waste that their stores are responsible for generating. In 2018, it was reported that Starbucks uses a whopping 6 million plastic cups, along with 2 million straws, annually. Since then, the coffee giant has made efforts to reduce their stores’ annual plastic waste with various green-thinking initiatives, such as their reusable cup program, strawless lids, and shift towards biodegradable cups and lids – away from their signature plastic green straws.

Starbucks’ straws have also been a topic of debate for quite some time now. The company announced in 2019 that they would move towards banning straws in their stores by 2020, but this is still not the case. However, their strawless and recyclable lids are still available in stores for iced drinks upon request. Think of it as an “adult sippy cup,” where the lid has an opening to drink from.

Another environmentally friendly effort the coffee chain has put forth is their reusable cup program. Every time you bring a reusable cup to be used, Starbucks deducts 10 cents from your order total. While it might not seem like a lot at first glance, if you’re a regular coffee-goer, this will add up over time. Plus, you’ll be helping the environment and eliminating the waste produced by their single-use cups.

Single-use plastic products as a whole are slowly but surely being phased out in stores and businesses worldwide. Take the good ol’ plastic shopping bag for example – or in the case of our planet, not so good. Plastic bags account for a large portion of yearly plastic waste, and they eventually end up sitting in our oceans, killing marine life. Currently, Hawaii, California, New York and Oregon are the only states with official plastic bag bans, but many states are following suit. Vermont, for example, is planning to implement a state-wide ban beginning on July 1 of 2020.

Many states are seeing the ban of plastic bags at the legislative level as an avenue for making their stance on this growing environmental issue known to the plastic industry on a political level. The executive director of Vermont Public Interest Research Group Paul Burns recently shared why the state’s impending ban is vital during these trying times. “It’s not only choking waterways and killing wildlife, it’s threatening our health too,” Burns explained. “That’s why it’s so important that Vermont is sending such a clear message to the plastics industry today.”

With knowledge, there is power, and ways to make change. The next time you find yourself making a stop at your favorite coffee shop, try bringing along a travel mug or metal straw for your order. Or, on your next trip to get groceries, have your canvas tote bags in tow to carry your items back home. If you find yourself grabbing an iced beverage at your local Starbucks, request a strawless lid from your barista for a change of pace. These might seem like small actions, but together, they can add up to positive environmental change. And most importantly, in those times you might forget these more sustainable options as you run out the door, make sure to recycle, as always.

Photo by cottonbro from Pexel