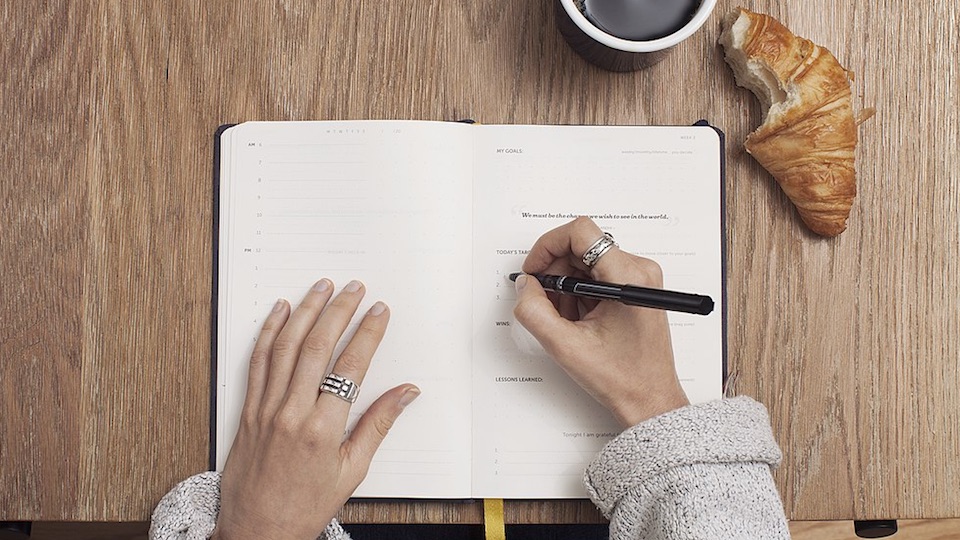 In my youth, I always explained away my disorganization as my being “artistic.” Once I began my full-time career as an adult, however, the need to plan, organize, and manage my time became more than just an exercise in clerical development. Yet I felt so lost. And it wasn’t that I didn’t try: I was an early adopter of the PDA (Personal Digital Assistant); I embraced gadget features like digital calendars and virtual notepads; I even used that task-tracking app “Remember the Milk.” If there was a new productivity tool out there I tried it. Even so, I struggled to integrate the various methodologies and eventually grew frustrated by how tethered I became to specific operating systems/devices that didn’t work. Eventually, I’d always end up in the Moleskine section of the bookstore again, filled with longing. It felt like the right place but the blank pages simply didn’t offer enough guidance. Or so I thought.

Enter the Bullet Journal. Billed as “the analog system for the digital age,” the Bullet Journal is UX designer Ryder Carroll’s genius brainchild, initially created to help him manage his own struggles with ADD. Rightly touted as a “customizable and forgiving organization system,” the bullet journal enables users to combine note-taking, list-making, and planning into one place according to their own personalized system without making it a chore. It’s become so successful that now Carroll has spin-offs and imitators, some of them quite good. So which one is best for you? Read on.

The Bullet Journal mastermind Ryder Carroll explains his personal approach to the organizational system of in a simple, straightforward way. All that’s needed is a blank notebook. Novices are then instructed how to create “modules,” add rapid logging, assign “bullets” and migrate tasks. He encourages users to develop their own systems, which is exactly what some of his followers have done.

Kara “Boho” Berry has a “bujo” fanbase of almost 75k followers on YouTube alone. And for good reason. For those who see the benefits of color-coding and need their journal to serve multiple functions (work, home, play, for example), Berry has devised a complex (but not over-complicated) system that allows you to expand your bujo well beyond the scope of original Carroll’s approach. Berry’s system additionally is highly decorative as well.

For the Crafty Type

If you describe yourself as artsy, Sara Rose’s take on the bullet journal is even more creative than Kara Berry’s (which she acknowledges as an inspiration). Rose, however, incorporates more art supplies! Her journal features colored pens and even watercolors. Charmingly, she’s quite humble about her current bujo and by confiding to us that she’s still working on her handwriting, she gives us permission to make mistakes. She’s also incorporated a welcome new component: The Goal Tracker.

So you’re the type who really likes to know how things work? Enter Carrie Crista who takes a deep dive into the “system.” For those who want to know the full range of options, Christa explains all the options. And if this initial video still leaves you wanting more, Christa has some follow-ups that further explain other potential uses for your bullet journal. Added perk: This video is an astonishing celebration of someone with really gorgeous handwriting.

In spite of having been “invented” by a man, bullet journaling knows no gender. Nevertheless, inspired by his wife, Matthew Kent has devised a “masculine” method expressly for “dudes,” an approach which forsakes the craftier stickers and tape flags. (Interestingly, Kent admits to enjoying the evolution of his handwriting since he started his own bullet journal practice.) For those who want to stick to the basics (black pen, notebook), this is your ticket.

0 comments on ““Bullet Journaling”: A Fresh Way to Sort Your Life”