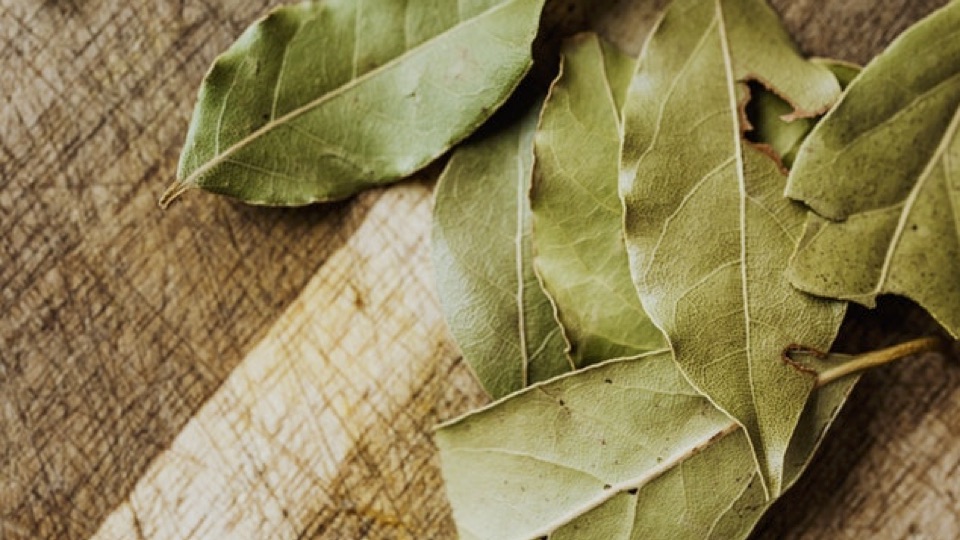 Good things come in small packages! This can certainly be said for the tiny — yet mighty — bay leaf. Bay leaves are an almost mandatory ingredient in many traditional soups and stews, but the real secret is that this special seasoning is also really good for your health.

It’s been said that ancient Greeks and Romans would weave crowns out of bay leaves and place them upon “great people,” such as Olympians, kings, and even some war heroes.

In recent breast cancer research, scientists have noted in a study that an extract from the powerful plant may be a natural alternative way to assist with apoptosis, otherwise known as programmed cell death. Another study found that using extracts of the leaf had the potential to counteract colon cancer cell growth, by using the herb as an added ingredient in cooking. This research iterates that routinely adding the herb into meals can be a preventative measure during the early stages of cancer detection.

Bay leaves also have the potential to lower blood sugar levels, as shown in a recent study. The herb is said to contain polyphenols, a powerful antioxidant, and when taken in capsules daily helped to manage glucose and cholesterol levels of those living with diabetes.

Scientists are also curious about the full scope of the extracts healing properties on topical skin issues, such as wound healing and reduction of inflammation during the wound healing process. Experiments on rats have been conclusive, so this leaves many hopeful for long term potential with humans. Another study notes that bay leaves and their essential oil, can offer antimicrobial, antioxidant benefits when topically applied, and also contains antifungal properties that have been shown to prevent candida growth.

Bay leaves have been crowned for their link to aiding in digestion. The extract of the leaves is reported to contain a key organic compound loaded with enzymes that directly affect the gastrointestinal system, leading to increased urination, and the ability to help eliminate an upset stomach or soothe an irritable bowel, which results in the reduction of gas and bloating.

A fresh, dry, bay leaf has a herbal, warm, and inviting aroma that has been used in cooking by cultures globally for generations, if not centuries. To unlock the savory flavor and signature fragrance, the originally bitter leaf may be crushed before use or used whole when added to slow-simmering soups, stews, or meaty dishes. One important rule to note is that the leaf is not to be consumed whole; it is always removed from the pot before food is served.

Aside from being a pleasant addition to a stove-top masterpiece, bay leaves and their many benefits can be consumed in the form of a tea. When done in continual conjunction with a plethora of other important nourishing habits, consuming a bay leaf tea regularly can promote general overall good health while assisting with regular digestion.

Here’s a simple recipe to try at home:

Bring a pot of water to a boil.

Add ingredients and allow infusing for up to 20 mins; drink when cooled.

Photo by Karolina Grabowska from Pexels

0 comments on “The Many Uses for the Mighty Bay Leaf”