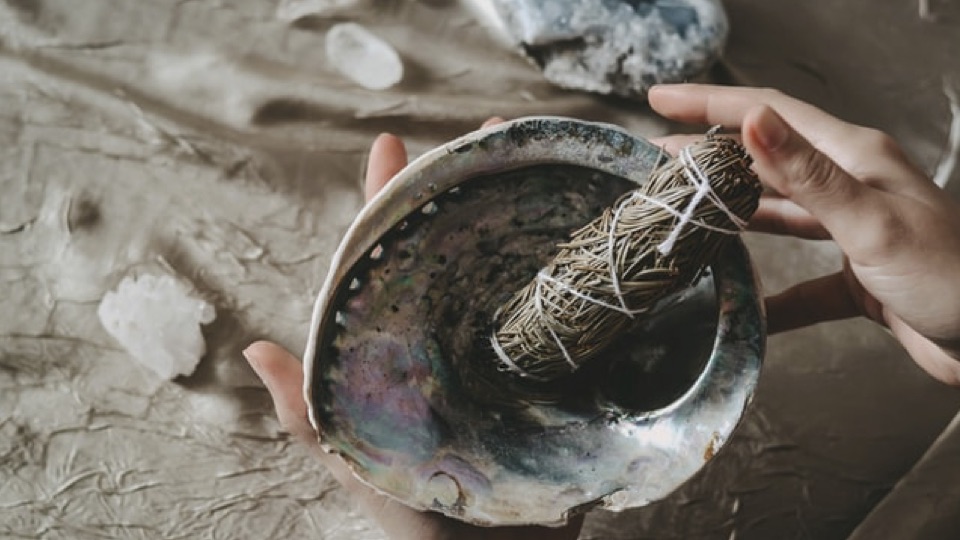 We care for our bodies with proper nutrition and the occasional “cleanse”. But what about clearing out the bad energy in the spaces around us?  Smudging can help cleanse negative energy and bring in positive energy to replace it. It’s a really easy process that anyone can do.

Often used in cleansing ceremonies, smudging can also help you to create sacred space, whether it’s to welcome guests into your home or prepare yourself for meditation. It is also used as part of energy healing work, and it’s thought that the many medicinal benefits of burning white sage, in particular, have healing properties on an energetic level.

The History Of Smudging

Smudging has been used by Native American tribes for hundreds of years in ceremonies and rituals. In the past, sage was burned at the end of a day to thank the spirits for all that had been given during the day. Sage was also burned to cleanse a person after he or she had been physically ill.

What Kind Of Sage To Get

The most popular variety is white sage. Also called Salvia Apiana, it’s found in only a few areas in the world, including California. It’s usually bound together into what’s called a “smudge stick” that looks like dried flowers tied up with string.

While white sage is usually recommended for beginners just starting out with smudging, there are many other types of herbs that can be incorporated to enhance the effects of your smudge.

While many people find that buying it is more economical than growing it themselves, sweetgrass is easy to grow, and you can make the braids yourself.

Cut three strands of grass that are roughly the same length and hold them together at one end. Braid the strands together until you reach the end of each strand. Then tie off the end with yarn or string.

I was first introduced to Palo Santo in college. I went to school in New York where (obviously) there are no deserts and no deserts mean no Palo Santo trees! But some friends had been living in California for a few years and when I visited them, one of their associates from Ecuador introduced me to it.

I remember the man’s hands lighting the stick with a scrap of newspaper and then gently waving the smoky stick around my head. He chanted something in Spanish and seemed to be doing a healing dance around me. It felt nice as he waved the smoke around me, and I could smell something sweet and woody in the air. I now burn Palo Santo in my home to call in the same good vibes. 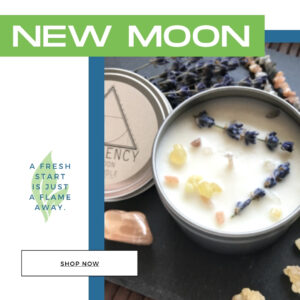 It’s really pretty easy. All you need are some white sage, sweetgrass, or Palo Santo, a heat-proof plate, and fire. I like using abalone shells to hold the smudge stick instead of a dish because shells are au naturel and represent the element of water.

Open The Windows. The sage smoke can become heavy and you’ll need to air out the room to truly cleanse it.

Light Your Sage. You want to set the end of the whole stick on fire but don’t panic! It won’t burn for long. Once it’s lit, blow out the flame so there’s only some smoke rising from the stick. It’s important not to let your smudge stick burn all the way down because this releases too much smoke at once.

Move Around. Walk around holding the stick while directing its smoke toward all of the spaces you’d like to smudge and holding the intention that you are clearing the space. I also like to use a feather to waft the smoke around. Your hand is fine but large feathers really do a great job of getting the smoke up into the far corners of a room.

You can also smudge your body. Start at your root chakra (down around your groin area) and one at a time, work your way up to your crown chakra (over the top of your head). Hold the sage stick near your body but not close enough to burn yourself. Move it around for a sufficient amount of time until you intuitively know each chakra is “clear” before moving on to the next.

Put It Out. Extinguish the embers by pressing the tip into a fire-proof vessel, sand, or earth until the smoke is no longer rising. However, don’t use water because it could ruin the tip of your smudge stick and make it harder to light next time. Plus, the element of water extinguishes fully and completely, and thus, may energetically undo all the hard work you did clearing with smoke.

In the end, smudging is something that you should do when your space feels negative or stagnant. It’s about cleansing a room and filling it with positive energy for yourself and for those who live there. Some people smudge on a regular basis to always keep the good vibes in the air.

Feel free to get other people involved! If you’re able to get your family or those that you live with onboard, when done together, smudging can be a great bonding experience that uplifts everyone.