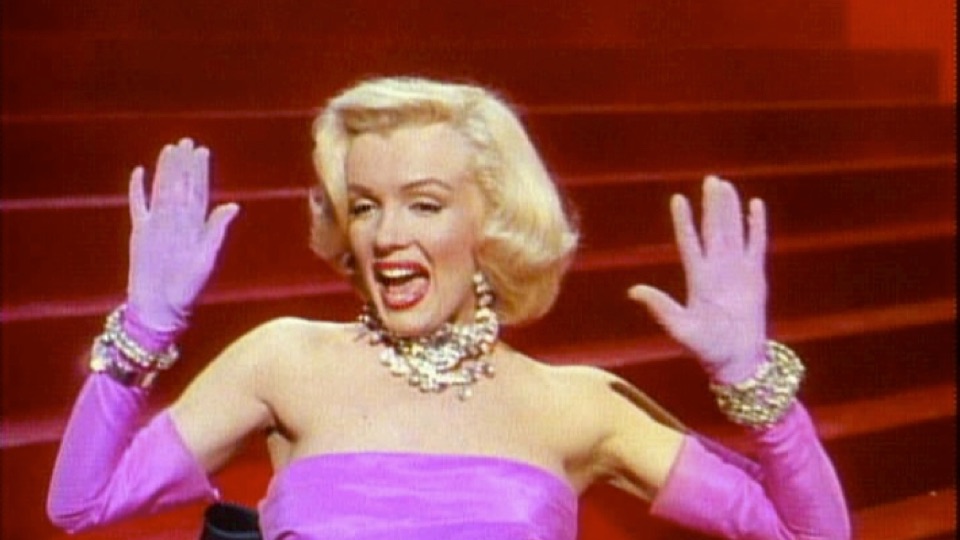 Yoga has been practiced in India for thousands of years but its worldwide popularity has steadily spread in the past decades. Rooted in spirituality, yoga is not only a great way to tone and strengthen the body, but it also helps to develop an understanding of the inner self. Today, yoga is considered one of the best ways to stay both fit and mentally healthy, so it’s no wonder countless celebrities have taken it up as a part of their health regimens. Helping them to look good and feel good too, here are some of the biggest celebrities, past and present, who swear by yoga and its myriad health benefits.

More often considered a pinup than a fitness icon, Marilyn Monroe nevertheless followed a very regular exercise regime which included lifting weights and practicing yoga. A set of black and white photos taken in 1948 shows Marilyn doing a series of asanas, indicating that the Some Like It Hot star was far ahead of the yoga trend that first started sweeping the US in the 1960s. Monroe told LIFE magazine in 1952 that she “couldn’t stand exercise if I had to feel regimented about it.” Yoga, however, with its fluid movements and focus on mind and body seemed to keep Marilyn motivated in maintaining her famous figure.

Back in 2011, basketball superstar LeBron James made headlines when he revealed that the secret to alleviating his leg cramps as well as keeping up his endurance and stamina on the court was practicing yoga. The L.A. Laker credits regular yoga sessions in helping him to strengthen his muscles as well as limbering him up before and after intense workouts. According to LeBron, yoga offers him much more than just athletic strength, though. “Yoga isn’t just about the body,” he says, “it’s also about the mind and it’s a technique that has really helped me.”

Despite being nearly 78 years old, Mick Jagger is still one of the most dynamic and athletic performers around. Having sung and danced on stage for over half a century, Mick is no stranger to grueling workouts in order to keep his stamina up for tours. One of the ways Jagger has managed to keeps so fit is by practicing yoga. Especially after undergoing heart surgery in 2019, the Rolling Stones frontman uses yoga to improve his energy levels and balance. In 2016, the singer also began exploring aerial yoga, which increases both muscular flexibility and joint mobility, as well as being helpful in strengthening the core.

Lady Gaga is another entertainer whose live performances greatly depend on her ability to keep her energy levels up. It takes a lot of stamina to dance around on stage for hours, especially when doing so in stilettos. Lady Gaga started practicing yoga when she was still a college student at NYU and has kept up her personal yoga sessions in order to stay toned, agile, and balanced as a performer. Gaga is particularly fond of “hot yoga” and credits both this and Pilates in helping alleviate the pain of her fibromyalgia disorder.

It’s hard to believe that Jenifer Aniston is 52 years old, but one of the secrets to the former Friends star’s seemingly eternal youth is her regular exercise regime. Combining 20 to 40 minutes of daily yoga flow with cardio exercises and a pre-workout meditation, Jennifer Aniston’s hybrid workout has done wonders for her, both mentally and physically. The actresses’ longtime yoga instructor and friend Mandy Ingber has cultivated a holistic approach to the practice, called “Yogalosophy.” Ingber’s style of yoga goes beyond just working out to look good, teaching mindfulness and self-love with the goal of incorporating these into exercise, as well as into everyday life.

Robert Downey Jr. made a soaring comeback thanks to his role as Marvel’s Iron Man in 2008, but it took the actor a heroic journey of self-healing in order to reclaim his place in Hollywood. After being arrested in 2001 on drug charges, Downey Jr. began the difficult process of battling his addictions. He credits yoga and meditation with helping him overcome his demons, giving him the mental and spiritual balance he needed to recover. Downey Jr.’s yoga style of choice is a Power Vinyasa flow, which the actor says makes him feel calm, reflective, and at peace.

0 comments on “6 Famous Folks Into Yoga”