After this pandemic, and even during, medical professionals have widely acknowledged that they expect to see an increase in post-traumatic stress and mental health issues in general. This is understandable and almost expected, especially given the massive impact on people’s daily lives and the risks to health and life that the pandemic period has posed.

However, while post-traumatic stress is a common response to traumatic events within the human experience, research has shown that it’s not the only response. In recent years psychologists have discovered a phenomenon known as “post-traumatic growth.” This is the concept that some people actually experience a positive change in personality and well-being following traumatic life events, leading them to thrive and even flourish afterward, often with a renewed sense of purpose and appreciation for life.

Interestingly, we have seen lots of examples of not only people struggling in lockdown, but people thriving. As well as the news updating us daily with the number of new COVID infections and deaths; it’s also alerted us to amazing examples of human beings overcoming and triumphing in the face of adversity. To name just one, let’s talk about “Captain Tom,” as he became known, a 99-year-old war veteran from the UK who was house-bound during the pandemic. After months of isolation, he decided he was going to do something to help the health service in the battle against COVID. So Captain Tom began walking around his garden with the aid of his zimmer frame in the hope of raising $1000 dollars before his 100th birthday. Well, $45 million dollars later, he also released a charity single which was a No.1 hit in the UK. He received a special birthday card from the Queen, plus she knighted the gentleman. If that’s not an example of someone thriving through adversity, and turning a painful situation into a powerful one; I don’t know what is!?  (Sadly, Captain Tom passed in February, just a few months shy of his milestone birthday).

And while I admit, Captain Tom is an extreme example, there are many everyday people who have been out there doing positive things in the midst of this pandemic, from setting up food banks to redecorating their entire homes, delivering medicines to the elderly, and turning their gardens into open-air community allotments. Furthermore, the fact that these incidences of transformational growth are happening during this crisis has been backed up by research; the University of Cambridge has released a study on the first lockdown, which has found that post-traumatic growth during the pandemic is in fact “common.” 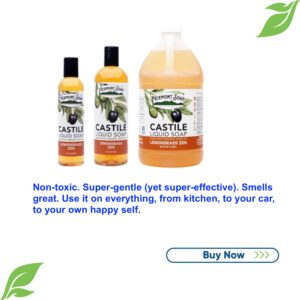 These findings are inspiring and hope for us all: hope that whatever painful experiences this pandemic has brought us can also be used as power, for both the common good and for personal growth. And I bet Captain Tom would suggest that’s a good overall Life Lesson for any kind of tough time.

Photo by Vincent Ledvina on Unsplash

0 comments on “Turning Pain Into Power: A Pandemic Life Lesson”