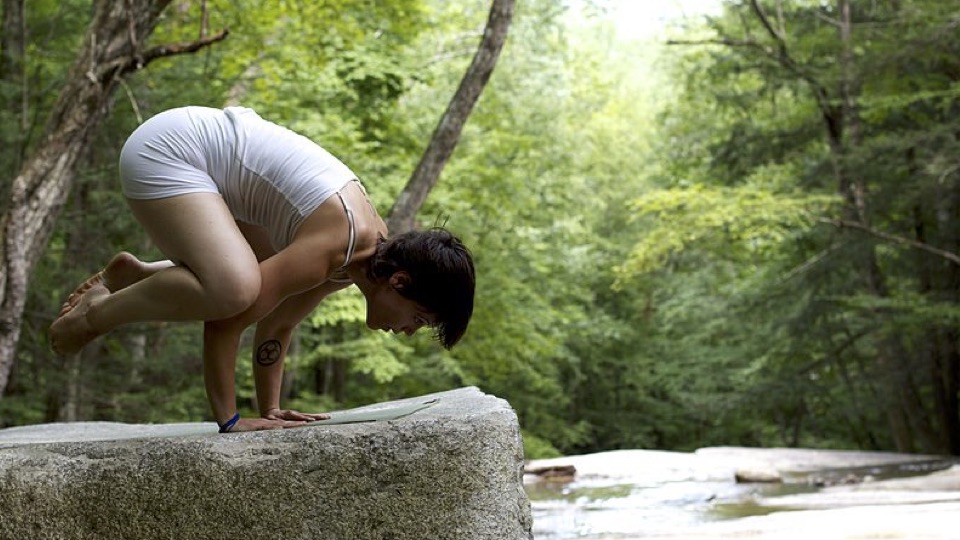 At this point, if you haven’t started already, you may have grown weary of everyone telling you to take yoga. Your friends, your family members, your favorite athletes, even your celebrity crushes have been applying peer pressure to take up one modern twist or other of the ancient practice for years. According to YogaU Online, 20 million people in the US practice some form of yoga. Clearly this isn’t just some passing fad. So what’s stopping you? There are so many benefits beyond mere flexibility. In fact, according to Men’s Fitness, yoga can hone your mental focus, rid your system of toxins, and maybe even boost your performance in the bedroom. The question really isn’t why do yoga, but which yoga should you do. That’s where we come in. Below are some popular contemporary yoga styles and some guidance as to which one might best suit you.

Hot Yoga: For Those Who Like to Sweat
Made popular stateside by celeb yoga guru Bikram Choudhury, this practice consists primarily of 26 postures and two breathing exercises done in 105-degree heat. Since Choudhury could not patent the sequence, other studios such as CorePower Yoga and Moksha (Modo) Yoga have developed similar routines outside of his franchise but which make the same claims regarding detoxification, increased metabolism, fat burning, deep stretching, spinal realignment, and mental focus.

Power Yoga: For Those Who Like Variety
This dynamic style of yoga popularized by teachers Baron Baptiste and Bryan Kest has its roots in Ashtanga so classes usually feature challenging postures that flow into each other to raise your cardiovascular rate and build internal heat. Teachers of Power Yoga develop their own individual sequences, which means students can get plenty of variety. A typical pose of this form is the chaturanga dandasana, an intense low-plank that builds upper body strength.

Yin Yoga: For Those Who Like to Start Slow
At the other end of the spectrum is Yin Yoga (and its close cousin Restorative Yoga), perhaps the most relaxing and meditative style. Yin postures are held for several minutes and utilize props to support the body as gravity lengthens the connective tissue. While it may not make you sweat, Yin Yoga shouldn’t be overlooked by people focused on fitness as it can help increase circulation and decrease stress, thereby strengthening your mental health as well. Recommended for people in healing processes.

Acro Yoga: For Those Who Like Teamwork
Have you seen yogis balancing on each other’s hands and feet in Instagram photos or even in your local park? You may have witnessed Acro Yoga. However, you needn’t be a gymnast to give it a try, and it’s benefits go beyond conquering one’s fear of “flying.” According to yoga teacher Daniel Scott, Acro Yoga is the “Yoga of Trust” and is about so much more than acrobatics. Students learn patience, effective communication, teamwork, and a deeper understanding of their own bodies and where they’re at. Don’t worry if you don’t have a practice partner: This is a great way to meet new friends with a shared interest (namely, yoga).

SUP Yoga: For Those Who Like the Water
If you’re lucky enough to live along the coast or near a body of water, chances are that there’s a SUP Yoga class not far away. SUP is an acronym for Stand Up Paddleboard, and as LA-based company YOGAqua puts it, “…the ocean is your yoga mat.” Participants practice yoga afloat while balancing on paddleboards. The changing surface of the water, as well as the surrounding elements of sun and wind, add a unique challenge to this practice. It’s also great for those who love the outdoors.

Kundalini Yoga: For Those Who Like the Spiritual
Those seeking a more spiritual aspect and hoping to incorporate meditation, breathing, and chanting in addition to the asana (posture) practice may be drawn to Kundalini Yoga. Kundalini — the term refers to energy center at the base of the spine — is based in the Tantric Yoga tradition, The primary objective of a Kundalini practice is spiritual awareness and personal consciousness rather than cardiovascular fitness, not that there’s anything wrong with having that as well.