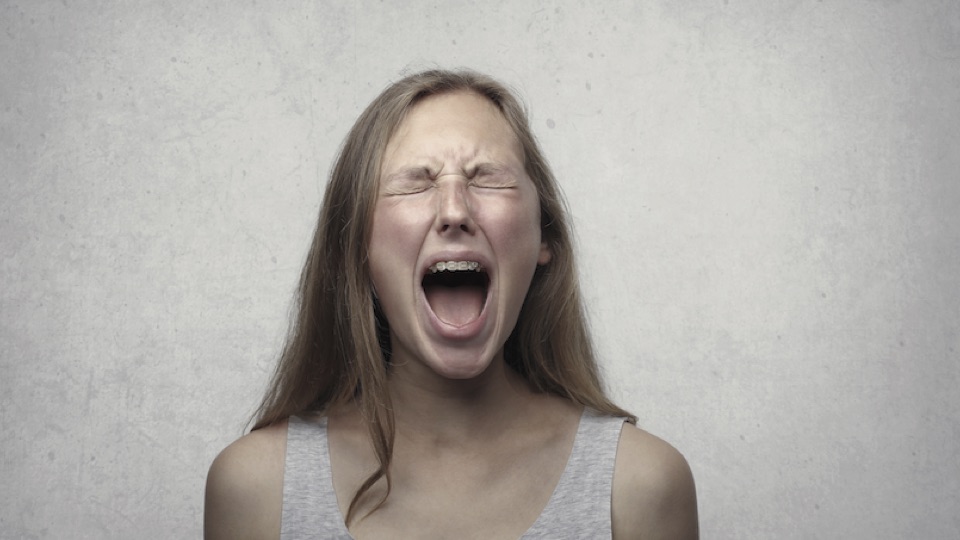 Rage Yoga is a thing! Lindsay Istace was going through a really rough patch, and it seemed that no matter what she did, anger and sadness creeped out, as it does. Lindsay’s intense emotions began spilling out into her practice. She questioned whether she was doing yoga wrong. Rather than fight against the river of emotion, she flowed with the current, which brings us to the creation of Rage Yoga.

Rage Yoga is a “practice involving breathwork, positional exercises, and the expressions of raw emotions to obtain good health and to become zen as F*$%.” The approach to Rage Yoga is a bit different from traditional yoga classes. While you’re still posing and holding positions, there might be more screaming, heavy guitar riffs, swearing, and sometimes even alcoholic beverages.

There is still a flow that incorporates the traditional yoga postures and breathing with alternative principles. The intensity and difficulty depend on who’s instructing the class. The main goal of practicing Rage Yoga is to work through anything that’s holding you back and become a more resilient being! Emotions can be difficult to process, and some of us need a little more than peace, love, and light. Some of us need to scream, rage, and ignite!

We want to practice Yoga and obtain all of the physical health benefits and the emotional ones. Letting go can be a struggle, especially if we don’t ever release it in a safe and healthy environment. How can we bring in any Zen if we’re so full of unprocessed emotions raging around inside? We can’t; there isn’t any space.

Rage Yoga might sound like it’s the opposite of calming and relaxing. Still, the founder of Anchor Therapy, Courtney Glashow, explained that cursing could actually allow an emotional release! She believes that cursing can be therapeutic in the right setting because it can help us release our anger. The specific words we use to express ourselves. Believe it or not, research proves that there ARE health benefits that come with swearing.

However, there’s a difference between using curses to express emotions and using them towards another in an aggressive and hurtful way. Anyone with anger issues might want to consider skipping Rage Yoga. It can help bring a more significant problem to the surface in an unhealthy and dangerous way. There must always be a balance and control.

For anyone concerned, certain words aren’t allowed to be used. Any sort of language that puts other individuals or groups down in a negative way is unacceptable.

Is It Still Yoga? What Do Other Yogis Think?

Yoga traditionalists will often call out the new yoga trends that come to the surface. This is because Yoga is a traditional, spiritual practice, and it’s taken very seriously. Many people were intimidated by Rage Yoga, but several Yogis believe that regardless of the style of Yoga being practiced, you’re still practicing many of the essential aspects.

While Rage Yoga is still a somewhat new concept to many, it can benefit those who need a little more scream and shout while doing the downward dog. We all need things on a different level. What works for one doesn’t always provide the same positive results for another.

If you’re searching for something a little more than traditional Yoga, check out some Rage Yoga courses and see how they are fair. You won’t know until you try. You don’t have to swear! Emotions are healthy to experience, but too much of anything can become troublesome, especially if it’s sadness and anger. Inhale deeply, exhale and release all that no longer serves you, and let your chaotic emotions flow!

Photo by Andrea Piacquadio from Pexels

0 comments on “This Yoga Trend Is All The “RAGE””