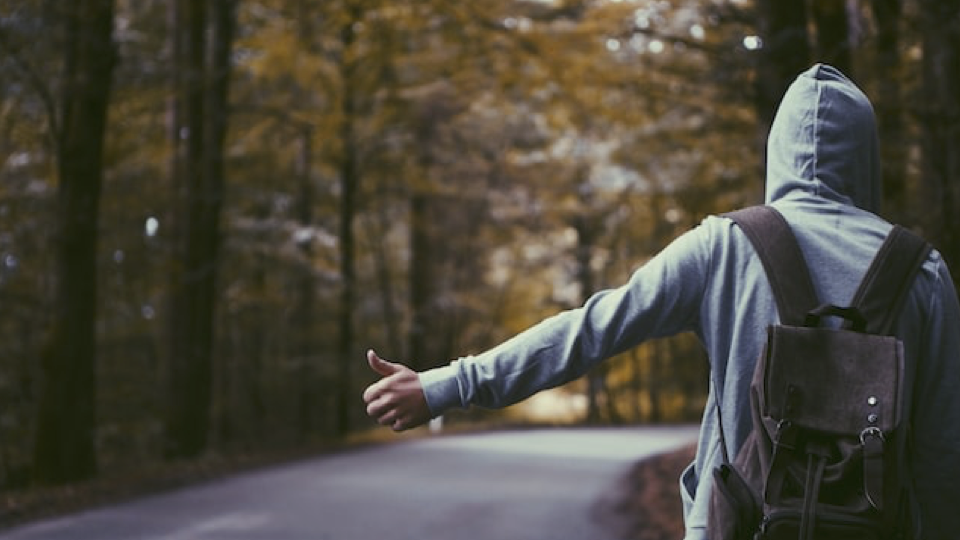 Here’s a situation– You’re in the middle of nowhere Missouri surrounded by nothing but corn fields on both sides of the road you’re walking along. You’re already in a bad mood because the cops chased you out of the last town for simply sticking your thumb out. It’s dark, and the rain has been pouring down on you for hours. There are cars passing you left and right, but no one is bothering to stop and give you a ride. In the distance, you see something you’d never imagine seeing with your own eyes–a tornado–touching down right in front of you about two or three miles away. To my horror, this was the situation I was in.

But even with nightmares, no matter how terrifying they may be, you eventually wake up. My guardian angel came in the form of a beat-up old silver minivan, driven by a thin, toothless old man, his wife, and his neighbor riding alongside him.

My new friends didn’t look like typical angels or even the type of people you’d typically expect to pick up hitchhikers. The toothless, tattooed, old man, Bob, looked to be about sixty-five, and he chain-smoked camels as he went on about how worried he was about me “flying away”. His wife, Daphne, was a slightly younger-looking woman with a tired, pink, face and silver hair dyed red. She admitted that from the car, they all thought I was a young woman.

“It’s your hair, man.” Dan, Bob and Daphne’s neighbor, finally said. “There’s not a lot of dudes with hair as long as yours walkin’ around Springfield, Missouri.” I chuckled nervously. I guess I wasn’t the only one thrown off by looks.

I had been on the road a long time when Bob, Daphne, and Dan picked me up. Over the course of nearly a year, I hitchhiked all over the country from seasonal job to seasonal job, living out of my bag, and sleeping in a tent. It was an adventure, filled with highs and lows, and I took pride in the fact that I was on my own, with no one to answer to but myself, and my own rules. However, today was the day that I would break one of my rules–never stop at a driver’s house for any reason. Not only would I stop at their house, but I would spend the night there as well.

Under normal circumstances, it would never be a smart idea to do this. You put yourself in a vulnerable position just by accepting a ride from a stranger, but you throw caution to the wind entirely if you spend the night at their house. But what could I do? There was a tornado outside. If I didn’t give in and trust my new friends, I would be losing a lot more than just “caution” to the wind.

After showering and throwing in a load of laundry at Dan’s double-wide trailer about an hour outside of Springfield, where I’d seen the tornado touch down, the four of us went out to eat at a Chinese restaurant. I tried to pay the bill, but my new friends refused several times and at the risk of offending them, I gave in.

Hitchhiking from town to town, I heard so many horrifying stories of the terrible things people are capable of doing to each other. If a driver was hesitant at all about picking me up, they’d usually let me know by telling me how “dangerous it is to hitchhike nowadays” and go on telling me about some awful possibility that they or I may endure by the risk of a stranger climbing into another strangers car. And that risk is certainly there. But the true lesson I learned in the time that I spent with Bob, Daphne, and Dan, was that true kindness means stepping out of your comfort zone. In order to experience true kindness, we have to understand the other person’s needs, examine our own hesitation, and then help the other person anyway. Until we learn to trust, there can be no true kindness, and though we may still hold onto our caution with one hand, we must reserve our other hand for pulling others out of the storm.

Photo by Atlas Green on Unsplash

0 comments on “What Hitchhiking Taught Me About Trust and Kindness”