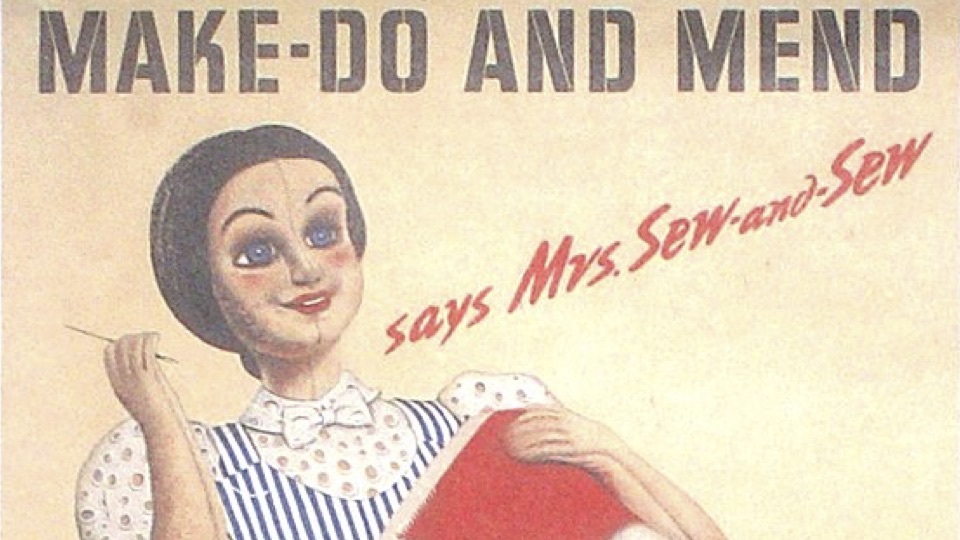 “Going green” might be a phrase coined in the last decade but it’s actually a very old lifestyle. There was a time when living sustainably was just the way it went. The things that were used in those days were built to handle a lot before they might be considered junk — and even then, that “junk” could be recycled and repurposed. And it was likely more biodegradable at its last stages than many of today’s items.

The history of how disposable products came into being and gained popularity is pretty interesting; you can find more about that here. But basically, the Pre-Disposable Era ended between the late 1800s and early 1900s following the creation of … plastic.

When manufacturing companies found that disposable items were a great way to make more money, they jumped right in. Housewives were the main target, the pitch being that disposable products were more sanitary and would save them time.

Fast forward to the 1960s and ’70s. Pollution was becoming a bigger issue, with much of the problem the plastic littering the beaches. With the ’80s came the concept of “biodegradable” plastics and polymers — but here we are sliding into 2021, and plastic is still a major issue.

When we look at changing our lifestyle to better support the environment, it forces us out of our comfort zone. Yet it also leads to learning new things, retraining old habits — and maybe taking a few tips from those who came before us.

Reuse: Sometimes what seems to be a disposable item is just a thing ready to move on to its next stage of life. Old tin cans can be used for crafting as can many other items. If something can be reused then get creative and try to use it in a new way. Our grandparents were all about being thrifty, too — so saving money is an added bonus to the sustainable lifestyle.

Repair: It may seem like a dying art, but there are still places that will re-sole a favorite pair of shoes or fix a lamp you can’t part with (plus, you’ll be supporting local merchants). Good old needle and thread can extend the life of clothes.

Donate, Don’t Waste: Just because you can’t fit into your old jeans doesn’t mean somebody else can’t. If you’re not into selling them, donate them. Too many things end up in a landfill when they’re still in perfectly good condition.

Recycle: Recycling laws are different throughout the world, but there’s a big possibility that you live near a recycling center of some kind. Some areas even have companies that make weekly recycling pickups, just like garbage companies do. On a similar note, consider recycling your kitchen waste into compost. During WWII, the British government asked citizens for their kitchen scraps to feed livestock. Everything found a new purpose.

Be Mindful: Make conscious choices. Prepackaged foods are popular because they’re convenient and affordable — but think about how much waste they generate. Maybe start baking treats at home and freezing some for on the fly snacks. Or buy from a local shop where things are fresher and have less packaging.

The Pre-Disposable Era was less foggy, seasons made sense, and wildfires didn’t seem to happen so often. The waters were clearer, roadways less littered and the air was fresher. Those days sound pretty good to me! With thoughtful actions, we can each do our bit to recapture some of that time.

0 comments on “What Can the “Pre-Disposable Era” Teach Us?”