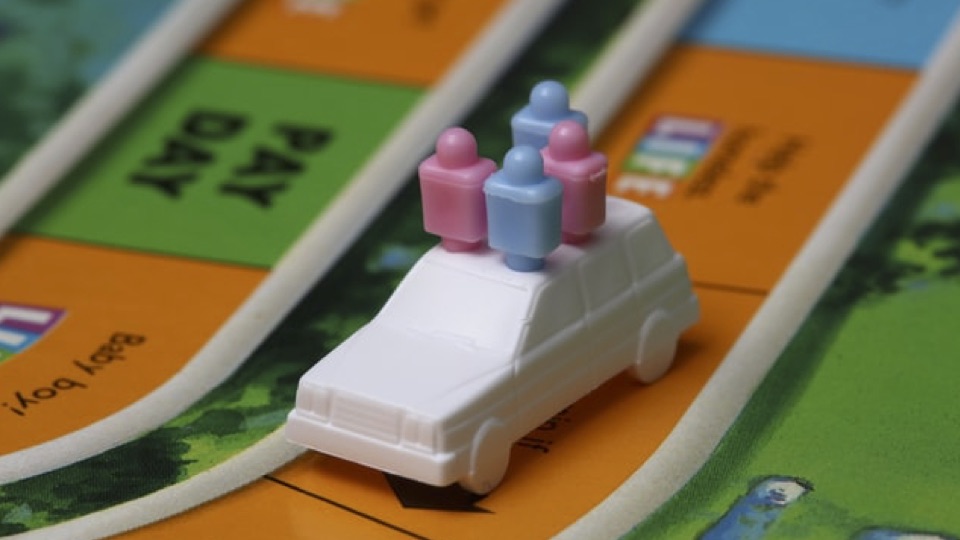 Bored? Have you tried a board game? Before you say “No, that’s kid stuff” or “No, the kids are busy playing Minecraft,” consider what you (and the kids) might be missing. The evidence for rolling the dice, moving those marbles, dominoes, or wooden avatars on an old-school physical board, rather than gaming on a laptop, Ipad, or phone is considerable.

According to Elizabeth Brunscheen-Cartagena, family life and resource management agent with Kansas State Research and Extension, board games help family members connect and have fun together while helping kids build essential learning skills as they navigate the social components of game playing.

A 2003 study in the New England Journal of Medicine shows that regularly playing board games can even reduce the risk of developing dementia and Alzheimer’s by almost 50 percent. For those who already have this condition, game-playing can aid in slowing down the disease’s progress.   You don’t get that from an hour of Tik Tok.

Kids accustomed to the warp speed of video games may especially benefit from the more leisurely pace at which even the most competitive board games are played.

Like many American families, you probably have one or two board games stored in a back closet or attic because, well, they seem so “four decades ago,” don’t they?

But “old school” isn’t “old hat.” And in these days and nights of (at least partial) quarantining, it’s worth a try, especially if as a family you find yourselves too often on your devices resulting in even more separateness.

So, where to start?  With the classics. The most iconic games have that status because they’ve earned it at the hands of generations of adults and children. Note that, in their early years, board games were largely played by adults, not children.

So put your phone in a drawer and let the games begin!

Senet: The oldest recorded board game in the world originated in ancient Egypt. The squares on the board corresponded to obstacles the player might meet on his/her way to the Afterlife. For hardcore game boarders, it’s still available from boutique game makers.

Chess: A game of pure strategy between two players remains as it was at its origin in India in 600 BCE. Chess was originally known as “Chaturanga,” (a name that yogis will recognize as the yoga push-up in the Sun Salutation series).

GO: Similar to chess, it’s an abstract strategy game with the goal of surrounding more territory than your opponent. Played as early as 3000 BCE, it was considered one of the “4 essential arts” that an aristocrat was expected to master in ancient China.

Checkers: Sometimes known as Draughts, Checkers also got its start in ancient Egypt and has since evolved to 20 variations. Similar to Backgammon, the goal is to remove all of the opponent’s pieces from the board. Both fast-paced and simple, it’s said to have been played during the Trojan War and is mentioned by both Plato and Homer. As a variation, try Chinese Checkers which is played with marbles.

Backgammon:   Persian in origin and older than Chess, Backgammon involves strategy and luck. The goal is to be the first to move all of your pieces off the board. Often packaged and sold with chess and checkers.

SCRABBLE: Invented by an American architect in 1938, Scrabble, the ultimate crossword puzzle game didn’t catch on until the early fifties but is now available in 30 languages and 121 countries. It is said that 30,000 games are started every hour throughout the world. Available in many editions including Junior Scrabble, Super Scrabble, and Cooking Scrabble,

MONOPOLY: Is that blue property on the boardwalk worth the price tag? Will it pay off? Should you buy both utilities and double your rent? Games like Monopoly help even the smallest players learn about investing, taking risks, managing debt. First published in 1935, this “fast-dealing property trading game” is now available in 37 languages and in 102 countries with countless versions– including Junior Monopoly, Lord of the Rings Monopoly, Star Trek Monopoly, and The Simpsons edition.

As a further incentive, check your public libraries. Most offer a good selection of classic and contemporary board games to borrow — not buy.

Photo by Randy Fath on Unsplash

0 comments on “Turn Off the Screens: What Board Games Can Teach Us”