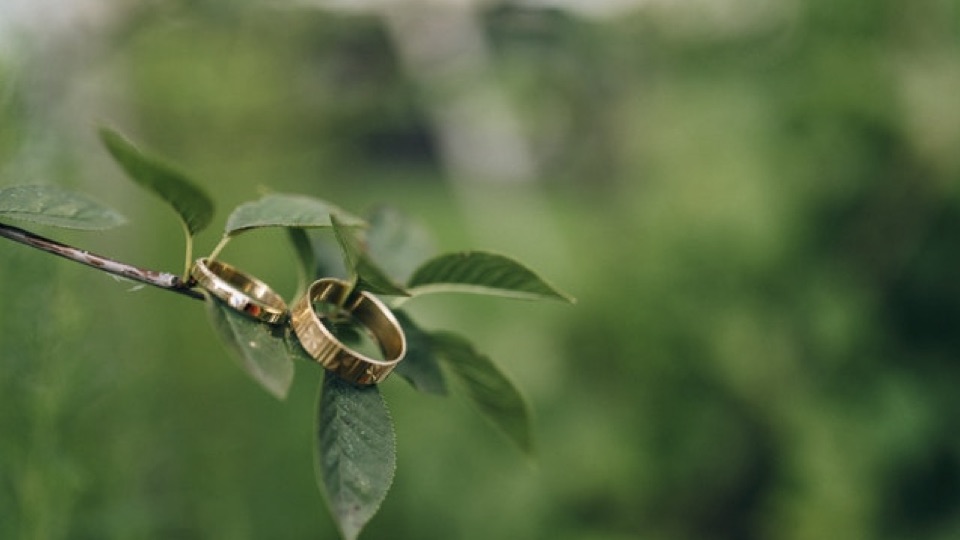 Similar to fashion and cosmetics, the jewelry industry is trying to find green and ethical ways to create accessories that look just as good as traditional pieces, but without the increased environmental impact and unsafe working conditions for those involved in the production process.

Sustainable jewelry brands commit to transparency when it comes to sourcing and manufacturing practices, as well as the supply chain path. They use sustainable materials, such as recycled metals or fair trade gems that have a minimal impact on the environment and don’t exploit vulnerable communities.

The process of making jewelry is a complex one, and we’ll explain the issues that arise from it and what you can do to support the industry’s eco-friendly and ethical efforts.

Related: “Slowing Down In A Fast-Fashion World”

Green vs. ethical vs. sustainable jewelry

Different terms are being used to describe jewelry made using environmentally and socially responsible practices. For example, the term “eco jewelry” or “green jewelry” reflects the origins of metals used in the production (recycled or scrap metals).

Ethical or fair trade jewelry emphasizes fair working conditions and wages for everyone involved, from miners and polishers to the supply chain, and proper treatment of the communities and the environment.

Sustainable jewelry, hopefully, encompasses all these notions, and it addresses both environmental and socio-economic issues. This term should reflect the use of recycled and ethically sourced materials, applying practices that harm neither people nor the environment, and ensuring safe working conditions and fair wages for the laborers.

The problems with standard jewelry production

When you look at a pair of earrings, you rarely think of the long and winding road of their development and the effect it had on nature and people. Standard jewelry production contributes to environmental problems like water and air pollution, and social issues, such as human displacement and armed conflicts.

The mining of diamonds and precious metals such as gold and silver consumes huge amounts of water – according to research, a mined diamond requires over 120 gallons of water per carat. And given that around 130 million carats are mined every year, this puts a massive strain on water supplies.

However, the problem isn’t only excessive water consumption, but also water pollution. Toxic substances that appear as by-products of mining, such as cyanide, sulphuric acid, and mercury, as well as other types of waste often end up in the soil and both surface water and groundwater, hence contaminating drinking supplies.

Air isn’t spared either, as mining for diamonds contributes to greenhouse gas emissions. According to research, every single carat emits over 125 pounds of carbon. Also, mined diamonds release over 30 pounds of sulfur dioxide into the atmosphere, which can interact with other gases and particles to form acid rain.

Another critical area that’s affected is local biodiversity. The mining disrupts the land, causing it to erode and deteriorate. Consequently, plant species and animal life diminish, resulting in losses of entire ecosystems.

The jewelry industry’s negative impact on the environment also affects the people involved. The mining companies take control of huge patches of the land they are about to use, which disrupts the living conditions of local residents and often forces them to move.

Even if they aren’t forced to migrate after the mining stops, local inhabitants are left with unusable land and polluted air and water, so their survival is at stake. Preservation of the land’s historic significance is also at risk – in 2020, for example, mining giant Rio Tinto destroyed a 46,000-year-old sacred Aboriginal site in Australia to mine for iron ore.

Many dangers arise from the work itself, as miners are constantly exposed to toxic chemicals like mercury, cyanide, and dust, which can lead to various health issues and even death. Not every mining site will ensure safe working conditions, so workers are often at risk of getting injured due to faulty equipment or deep and unsecure pits.

Things become even grimmer when you add children to the mix, as an estimated one million children around the world work in artisanal and small-scale mining, which violates the international human rights law. Human Rights Watch has documented the use of hazardous child labor in countries like Ghana, The Philippines, Zimbabwe, Nigeria, and others. In some cases, children and adults are victims of forced labor and human trafficking.

Mining for diamonds and gold has also been linked to armed conflicts, as it’s helped finance violent and abusive armed groups, especially in Columbia and African countries.

Recycled gold comes from existing jewelry, industrial metals, or electronics – it’s melted down and refined to remove any impurities. During the recycling process, its value and quality remain the same, and since it doesn’t require new mining, it reduces the negative environmental and human impact.

Fairmined is an assurance label that certifies gold from responsible artisanal and small-scale mining organizations. These organizations commit to responsible practices that minimize the harmful effect of mining on people and the environment. The Fairmined program ensures the organizations receive fair prices for their material, but it also supports communities in various ways, by investing in educational facilities, better safety equipment, living areas of workers, and so on.

What about lab-grown diamonds?

Lab-grown diamonds are created inside a machine using extreme pressure and heat, so they don’t require mining. They aren’t without impact as the machines still require energy to operate, but they minimize the harmful effects of mining on both land and people. And while some reports claim that lab-made diamonds actually produce more carbon emissions than mined diamonds, others argue that the real power of lab-made variants lies in their industrial uses.

Lab-grown diamonds are found to be ten times more durable than natural diamonds, which makes them extremely efficient as semiconductors. Lab-grown diamonds have been shown to reduce the amount of energy lost when electricity is conducted from power plants to electronic devices like mobile phones as they charge.

Also, lab-grown diamonds have been shown to disinfect polluted water sources during the growing process, and reduce friction in moving mechanical parts, such as the ones found in windmills and cars.

How you can help as a consumer

Like fashion, jewelry is over-consumed and worn just a handful of times before it ends up in the landfill. Since much of it isn’t biodegradable, the toxic components pollute the water and soil.

Instead of buying new jewelry, opt for repurposing your old pieces or buy second-hand items. And if you’re really set on buying new jewelry, try to pick brands with transparent and responsible practices that create a positive impact and give back to the communities.

It’s a good idea to look for certifications such as “Fairmined” and “Fair Trade” when choosing jewelry. And if you want to get more involved, you can join sustainable jewelry movements such as Ethical Metalsmiths, Jewelry Industry Summit, and The Chicago Responsible Jewelry Conference.

Photo by Nataliya Vaitkevich from Pexels

0 comments on “Beyond the Glitter: The Importance of Sustainable Jewelry”