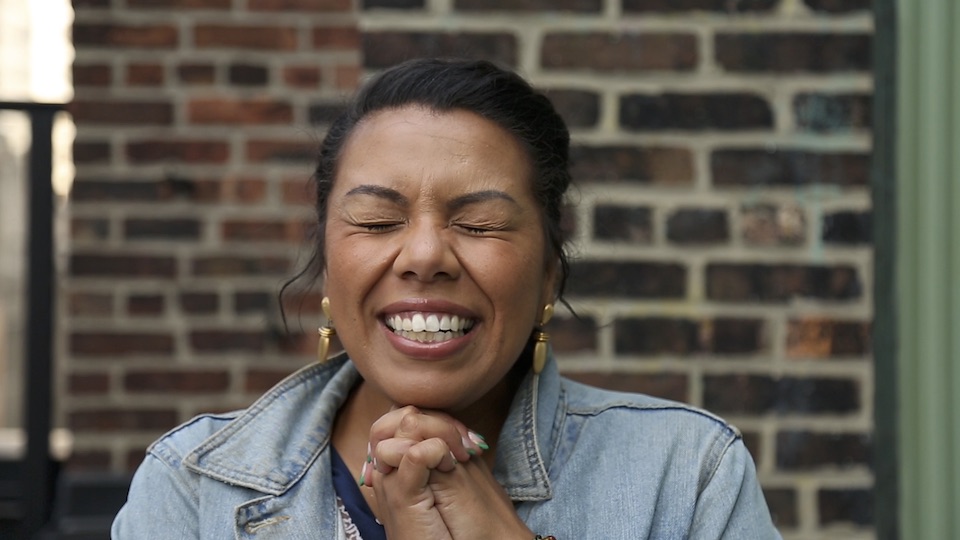 Editor’s Note: Our friends at Kindness.org have been doing some fascinating work on the “science” around kindness. They’ve graciously allowed us to reprint this article about one of their studies. We can all learn from it!

If you’ve ever experienced a moment of unexpected kindness when you’re feeling down, it seems obvious that kindness is a good thing. But why, exactly, is it a good thing? Scientific inquiry allows us to find answers that can be tangibly measured.

We sought to test the hypothesis that engaging in 7 days of acts of kindness would have a positive effect on (i.e. would increase) happiness, life satisfaction, compassion, trust, positivity regarding humanity, and social connection.

This is the first study of its kind to investigate these questions in a single experimental design. We are grateful to the hundreds of people who took part.

We carried out a large experiment with 691 people from our kindness community into the effects of engaging in 7 days of kindness, using the intervention method.

Volunteers were randomly assigned to a kindness group (i.e. they carry out acts of kindness for a period of time), and other volunteers were assigned to a control group (i.e. they do not carry out acts of kindness). The volunteers, or participants, were tested before and after the intervention period, and any noticeable change in the before and after tests is attributable to the effect of the intervention.

In our study we included four ‘kindness’ groups:

Self/Novel Acts of kindness were carried out on oneself, and involved doing something atypical

Observers Acts of kindness were not carried out, but participants were required to observe other people carrying out acts of kindness

The study also included a No-Intervention Control group so that we could compare the effect of the kindness groups with a group that did not perform or (purposefully) observe any kindness.

There are several reasons for supposing that the emotional effects of kindness may be affected by who the act of kindness is delivered to.

To address this problem, we were very deliberate in how we defined the groups who participated in our study.

The Familiar and Strangers groups were included to investigate whether acts of kindness to people we know versus people we do not know have differing effects on emotional wellbeing.

The Self/Novel group was included for two reasons. The first reason was to see if we could detect any effect of being kind to oneself (versus being kind to others) on wellbeing. Secondly, we wanted to control for acts of novelty, as doing new things for ten days has been shown to elicit comparable levels of life satisfaction as does doing acts of kindness for ten days (Buchanan and Bardi, 2010).

The Observers group was included because evidence shows that recalling acts of kindness (that is, thinking about past kindness, rather than actually doing kindness during the study) has an effect on wellbeing. We thought it would be interesting to see if simply observing kindness would have a positive emotional effect.

The participants from each group filled out a questionnaire at the time they signed up to take part in the study. The questions used 11-point scales to measure levels of happiness, life satisfaction, compassion, trust, positivity towards humanity, social connection, and kindness.

After the 7-day kindness intervention, participants completed a post-intervention version of the questionnaire that asked about the same social and emotional constructs.

We then used statistics to test for changes in scores before and after the intervention.

In summary, our study sought to test the emotional effects of kindness to friends and family, kindness to strangers, kindness to self through novel behaviors, and observing acts of kindness, and to compare against a non-intervention control group that was not instructed to engage in seven days of kind acts.

At the beginning of the experiment, the Familiars, Strangers, Self/Novel, and Observers groups were given a list of kind acts to choose from (or, in the case of Observers, to look out for) and were instructed to carry out at least one of these kind acts per day.

At the end of the day an email was sent asking participants to indicate how many (and which) acts of kindness they had carried out that day.

We specifically selected acts based on affordability, ease of opportunity, and commonality. Overall twenty-one acts were offered so that all participants could find something suitable and achievable. We wanted people to have a choice of kind acts — and some flexibility in how they were performed — as research has shown that autonomy is an important factor in the relationship between kindness and wellbeing (Nelson et al. 2015).

What does our study show?

We found that our measures increased in the intervention groups, but not in the control group. That means that the kindness intervention had a positive effect on wellbeing and positive social emotions.

We also found that the degrees of change in wellbeing and social perceptions were dependent on the number of acts completed — that is, the more you engage in kindness, the greater your wellbeing, compassion, trust, positivity about humanity, and connection.

The changes are small, but robust. Here is a breakdown of the data and statistics from our study.

Positive effects of kindness for each group in the study

Within the context of this study, kindness to family and friends, strangers, self, and observing kindness, had equally positive effects on wellbeing and positive social emotions.

The table above shows the mean scores (maximum possible score = 10.0) for the emotional wellbeing (happiness, life satisfaction, compassion) and positive social emotions (trust, positive about humanity, and connection) measures. It is clear that each measure increases over the course of the study (from pre- to post-intervention).

These differences were analyzed using the t-test method and are statistically significant (p<.01—a standard statistical convention meaning that the obtained result had a probability of occurring by chance at less than one in one hundred.) Importantly, pre- and post-intervention differences for the no-intervention control group were small and not significant. Overall then, wellbeing and positive social emotions improved for the kindness groups, and not for the control group. The differences on the measures for each group (Familiar, Strangers, Novel and Observers) were also analyzed using a statistical model called Analysis of Variance (ANOVA). No differences were observed, meaning that the changes in happiness, life satisfaction, compassion, trust, positivity about humanity, and connection, were the same for each group over the course of the study.

The more kind acts completed, the greater the effect on wellbeing

On each day of the intervention period of the study, participants were asked if they completed (or observed) at least one kind act. On day 1, 97.1% completed one or more acts, which decreased a bit each day until the final day, when 89.0% of participants completed at least one act. At the end of the week, participants reported the total number of kind acts they carried out that week.

We ran an analysis to see if the number of kind acts completed over the course of the week had any effect on wellbeing. We found that it did. The table above shows the mean happiness scores across different numbers of kind acts. The same pattern of results was found for all the post-intervention measures, and all were statistically significant.

Visualization of the relationship between kind acts and wellbeing

Overall, wellbeing and positive social emotions have a greater boost when more kind acts are carried out. The graph above shows that as the number of kind acts for each group increases (horizontal x axis) so the level of happiness increases (vertical y axis).

We had hypothesized that acting kind, especially to others (rather than self), would yield larger gains in wellbeing and positive social emotions than would simply observing kindness. The results didn’t show that.

There are several possible reasons for these unexpected results. First, we did not require participants in the Self Novel and Observers groups to refrain from carrying out acts of kindness to family, friends, or strangers over the study period. Any changes in our measures could simply have been due to additional kindness on top of the ‘self’ and ‘observed’ acts we asked them to complete. In fact, it is likely that being unusually kind to yourself or attuned to others being kind, causes you to be kinder than usual in your day-to-day life. Unfortunately, we cannot know, as we did not test for this possibility.

A second challenge is that we had a very pro-kindness sample. Participants volunteered from our kindness community as well as people who follow us on social media — and their social network. Therefore, changes in wellbeing and positive social emotions may have been small because our sample was already high on these measures to begin with (because this audience may be kinder than average).

Another possibility is that asking a pro-kindness sample to engage in a kindness intervention may not have altered their typical kindness levels by much. Kindness levels for our sample changed very little over the study period. Therefore it’s not surprising that wellbeing didn’t change by large amounts. It’s perhaps remarkable that it changed at all, and is a testament to the effectiveness of kindness interventions for improving wellbeing and positive social emotions.

Where do we go from here?

Our seven-day kindness intervention study has been inspiring and mainly successful. We were thrilled that 1179 people initially signed up for the kindlab study, and delighted that 691 participants from our community went on and completed the study.

We had hypothesized that the kindness interventions would boost wellbeing and positive social emotions, and that is exactly what happened. Our analysis also showed that the greater engagement in the study (i.e. the number of kind acts completed), the greater the positive change in our measures of happiness, life satisfaction, compassion, trust, positivity about humanity, and connection. These are encouraging results that bode well for the future.

We’ll be designing our second kindness study soon. Our aim will be to improve on and extend this study to further explore the science of kindness.

0 comments on “7 Days of Intentional Kindness”