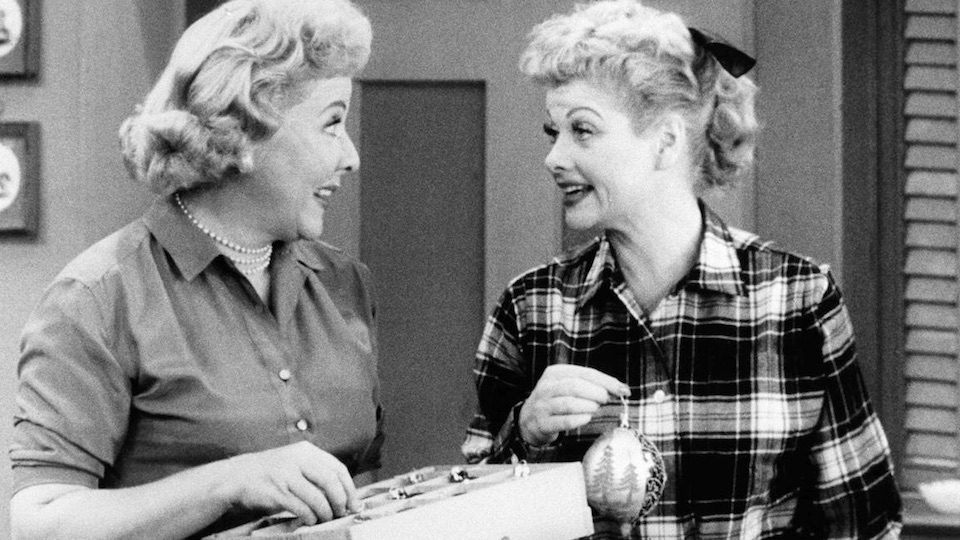 Lucy and Ricky. Fred and Ethel. We’ve laughed ourselves silly over their antics on I Love Lucy for 70 wonderful years. But underneath the laughter, there are deeper truths we can learn from watching our favorite redhead and her posse.

As the Cole Porter song reminds us, true friendship is a gift to be treasured. The Ricardos and the Mertzes understood that. Through every twist and turn, every high and low, the one constant in their lives was the friendship they shared.

As circumstances took them from New York to Hollywood, from Europe to Connecticut, our lovable foursome could have easily lost touch and drifted apart. Instead, they remained close friends forever, weathering the seasons of life together.

No matter how crazy a scheme Lucy cooked up, she could always count on Ethel to be her co-conspirator. Even in the middle of the night, kneeling beside the ruins of the barbecue that Ricky and Fred had just built. Even backed up against a kitchen door, with a pocketful of raw, broken eggs, Ethel was there for Lucy through thick and thin.

Lucy was never satisfied with sitting on the sidelines while Ricky’s career flourished.

She wanted to be in on the act.

She didn’t care if the act meant singing in a barbershop quartet or dancing quasi-seductively to “Jezebel.”

No matter how many times Ricky told her “NO!”, it went in one of Lucy’s ears and right out the other.

She just went right ahead and wrote a play to star in.

When that didn’t work out so well, she wrote her own operetta.

The point is, whether her myriad attempts to get onstage earned her a moment in the limelight or failed miserably, Lucy never, ever gave up on her dream.

Love and friendship often require us to forgive the flaws, mishaps, and royal mess-ups of those we care for. No matter how often the Ricardos and the Mertzes squabbled amongst themselves, the argument always ended in forgiveness and declarations of love. It didn’t matter if Lucy implied that Ethel had big hips. It didn’t matter that Ricky insulted Fred in Spanish. Their relationships meant more to them than being right.

Show Your Appreciation for Others

We all want to feel that we’re appreciated for what we do for others, and the characters in I Love Lucy were no exception. The classic “Job Switching” episode demonstrated this beautifully while making us laugh so hard we cried. It was the Men vs. the Women, with each side convinced that they worked harder and contributed more. After hilariously and disastrously switching roles, everyone emerged from the experiment with a new-found appreciation for one another.

Hang on To Your Sense of Humor

Above all, watching Lucy reminds us that no matter what uncontrollable curve ball life throws our way, we can choose to face it with optimism and a sense of humor. If you can laugh at yourself and the sheer absurdity of the situation while Richard Widmark has you in the crosshairs of his hunting rifle (convinced you’re completely crazy), you’ve mastered this valuable life lesson.

On a real-life note, Lucille Ball was a beautiful woman and could have been hesitant about performing a scene or stunt that might make her look less than attractive. However, Lucy never turned down an opportunity to get a belly laugh from the audience. If that meant blacking out her front teeth or donning a zany wig, so be it.

Yes, we just can’t help but crack up when we’re watching Lucy and her daffy escapades. And while we watch, remember that we’re also learning about the importance of friendship, determination, forgiveness, appreciating others, and keeping your sense of humor.