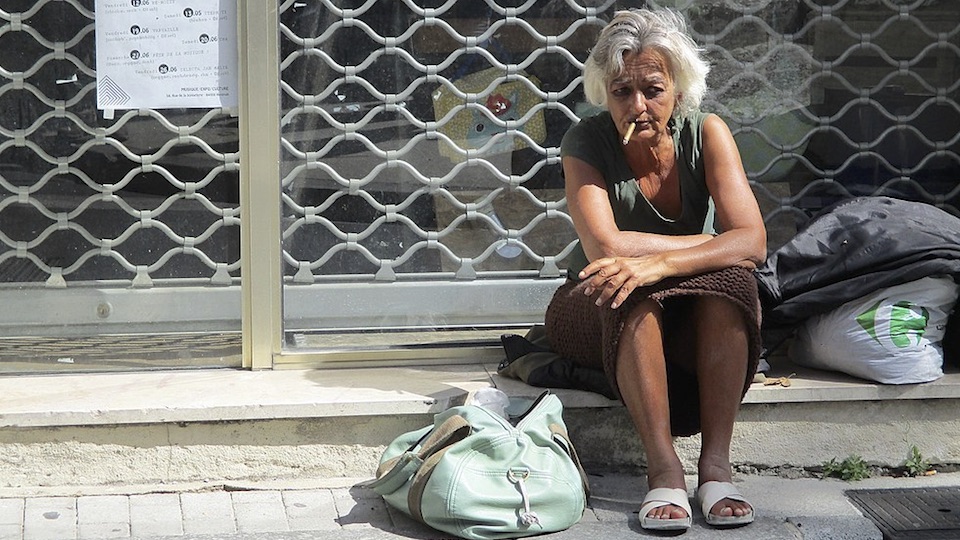 In October 2016, I started a one-man program to directly help homeless women on the streets of NYC. It would be fruitless for me to attempt recounting all I’ve learned in the process — most often from the incredible women themselves. But, let’s just say I was not expecting any hands-on lessons about Buddhism!

Since the pandemic started, I’ve maintained a daily meditation practice. This introduced me to something called the “Brahma-vihara.” These “four divine states of dwelling” include:

I feel comfortable (but immodest) saying that I’d already been working on the first two. If I hadn’t embraced some level of loving-kindness and compassion, I doubt I would’ve even started doing this work!

But what’s sympathetic joy? It’s been called both the opposite of jealousy and an antidote to boredom, but mudita goes even deeper.

“Mudita is a word from Sanskrit and Pali that has no counterpart in English. It means sympathetic or unselfish joy, or joy in the good fortune of others,” writes Barbara O’Brien, the author of Rethinking Religion. “In developing mudita, we come to appreciate other people as complete and complex beings, not as characters in our personal play.”

On that note, lemme tell you about “B.”

B lost her both her legs in a subway accident. When I met her, she was living in a medical homeless shelter and panhandling daily in a wheelchair. B has four kids who, for a while, were living with her ex. It was not a good scenario. Very long story short: The State eventually took the kids away from him and temporarily placed them with B’s mother.

As I got to know B, I genuinely cared for her as a friend. We both looked forward to chatting whenever I’d bring packages full of supplies geared to fit her specific needs. I bore witness to B’s journey and encouraged her as she dealt with mean-spirited passers-by (some actually screamed for her to “get a job”) and with a mountain of obstacles, e.g. housing, child services, medical bureaucracy, lawyers, etc.

One year, just before the holidays, B learned she was finally going to get housing in upstate New York and (wait for it) get her kids back! She was so excited to have Christmas with all of them for the first time in many years

I knew I had to do something special to commemorate B’s holiday reunion with her kids and to say goodbye. So, I rallied the support of some online donors and friends to raise money for gift certificates. After ensuring that all the establishments — including an art supplies store for B’s oldest, who dreamed of becoming an artist — were wheelchair accessible, I proudly presented the donations to B. She opened the envelope, saw nearly $200 in gift cards, and burst into tears — waving me in for a hug. We stayed that way, both of us weeping, for quite a while. She whispered to me, over and over, “You’re my angel.”

When I tell you that I felt pure ecstasy in that moment, I’m not exaggerating. I wasn’t the one getting the gifts. I wasn’t the one who was now ready for an epic Christmas reunion. But I was as happy as I’d ever been in my life.

Upekkha, or equanimity, is a word used in India to mean “to see with patience.”

“With equanimity,” writes Shaila Catherine, a Buddhist meditation teacher, and author, “we accept the world as it is, and connect anyway. An equanimous mind accepts the fact of pain in the world. It understands suffering and cruelty as part of this world that is dominated by ignorance; it engages and responds anyway.”

In other words, we accept that things arise not from our wishes but from other causes. Which brings me to “J.”

She’s Latina and probably in her late 60s. I’d most often find her on random subway platform benches — sitting alone, listening to her old school transistor radio. She speaks roughly 75 percent Spanish/25 percent English. I understand (on a good day) 10 percent Spanish. I could sometimes see the palpable frustration on J’s face and hear the genuine exasperation in her voice. And why not?

How often she must have prayed for divine intervention and some practical joker of a supreme being sends her a middle-aged white guy who was in way over his head. Her eyes silently exclaimed: “Really, God? This guy seems sincere but, seriously?”

Despite it all, J and I shared some laughs, a deep bond was created, and I promised to keep checking on her. I kept my promise for as long as possible. She didn’t have a usual spot so whenever I would see J, my day was made (mudita). I can only hope I brought a little glimmer of light into her life, too.

Somewhat inevitably, the time came when I could no longer find J. It always worries me when one of my “regulars” vanishes. This situation has sometimes resulted in me eventually encountering them and hearing updates about illnesses, arrests, assaults, hospital visits, or surgeries.

However, years of fulfilling this mission have taught me that finding J (or any other homeless women) is something beyond my control. I’ve had to condition myself to let go of expectations and simply bask in the moment when I do cross paths with someone who I call a friend. I worry about J but I’m doing my best to “see with patience.”

It wasn’t until very recently that I learned about upekkha and realized I was now officially working on all four states of Brahma-vihara. Who knew that my Buddhism teachers would arrive in the form of vulnerable yet wise homeless women on the streets of the Big Apple?

What a truly divine state indeed…

5 comments on “What Helping Homeless Women Taught Me About Buddhism”