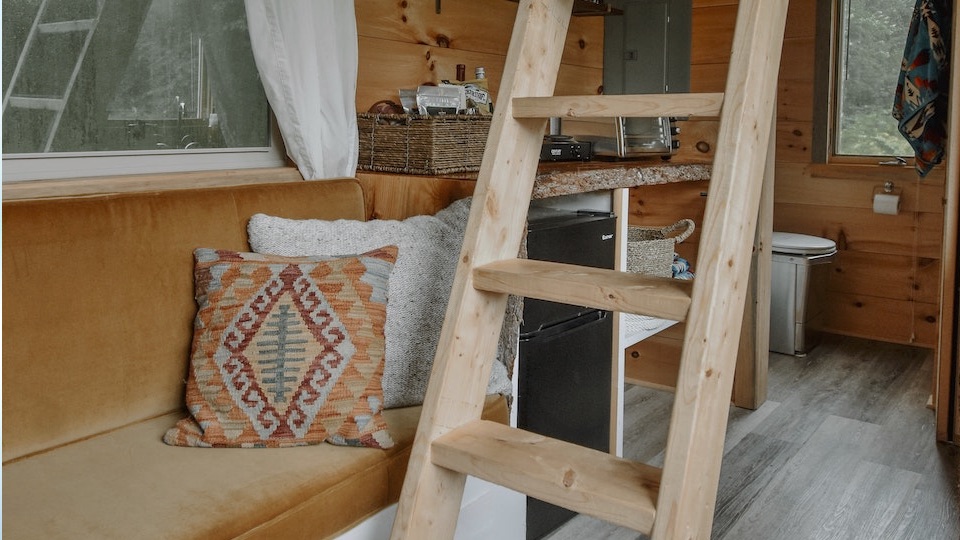 I’ve been a part of the Tiny House lifestyle since 2012. We were living in a huge 3 bedroom house with two full bathrooms, an office, sunroom, workspace, and a den. One day I noticed how empty some of the rooms looked and started considering what to fill them with when I realized that I had way more than I needed. We sold some things, gave away more than we sold, and donated everything we could. Somehow, for a three-person household, we managed to eliminate so much that everything we truly needed fit in and on top of a Subaru Impreza Outback.

Time has passed and now it’s two adults living in a converted school bus, AKA a “schoolie.” There are many stories similar to mine, with one main thrust being that you realize how much less of a negative impact you can have on the planet. That inspired my own personal motto of “the less space you have, the less waste you create.” I don’t know if Tiny House living has that effect on everyone but for me, it’s true.

Why Are So Many Joining?

What seemingly started as a trend has transformed into a movement. The Tiny House lifestyle is much more than simply living in a tiny house, although that’s generally where it begins. “Bigger is better” is a phrase relating to all kinds of things from houses to parties. In the case of the Tiny House movement, the more people switching to a “smaller” lifestyle, the better. The reasoning is different for everyone but some of the most common include environmental concerns, financial issues, and a desire for more time and freedom.

“Living small” cuts the cost of your bills in a huge way. The average-sized house can cost hundreds of thousands of dollars to buy and maintain over a 30-year period. When it comes to buying a tiny house, the average cost is only between $10,000 and $40,000. If you choose to purchase the land, add another $5,000 to $10,000 in costs. Either way, it’s far more affordable. Even if you’re building the tiny home, you’re going to be paying less for materials.

Having less space changes the way you spend money and how much stuff you accumulate. The first tiny house I lived in before the schoolie was a 10’ by 12’ lofted cabin, it was definitely small but there was just enough space for our lifestyle. We used much less water, electricity, and the way that we shopped changed.

Global warming is a real thing and we humans are the biggest reason it’s happening. Landfills are overflowing with trash, much of it non-biodegradable. Some may ask, “How is living in a tiny home going to change any of that?” As a lifestyle, less trash is created, more is recycled, fewer carbon emissions are released, more water is saved.

These days, more appliances are designed to be water and energy-efficient with many being the perfect size for a tiny home. Limited space leads a lot of people to let their laundry air-dry which has zero impact on the environment. I’ve also seen some of the cutest little energy-saving hot water tanks ever in tiny homes.

Sustainable living is essential in the Tiny House movement. The less mess you make and the more you repurpose, reuse, and recycle, the better you and Mother Earth will feel. When you live in a small space, you notice how much “stuff” is just kind of hanging around. Living small forces you to keep only what serves you.

So you see, many of the outcomes revolving around the Tiny House movement create more positive impacts than you may notice. Since I’ve downsized, I have more time, less junk, and a more meaningful approach to living. The Tiny House movement may not be for everyone but there are loads of people joining it. Stay sustainable, my friends!

Photo by Andrea Davis on Unsplash

4 comments on “The Tiny House Movement (From Someone Living It)”