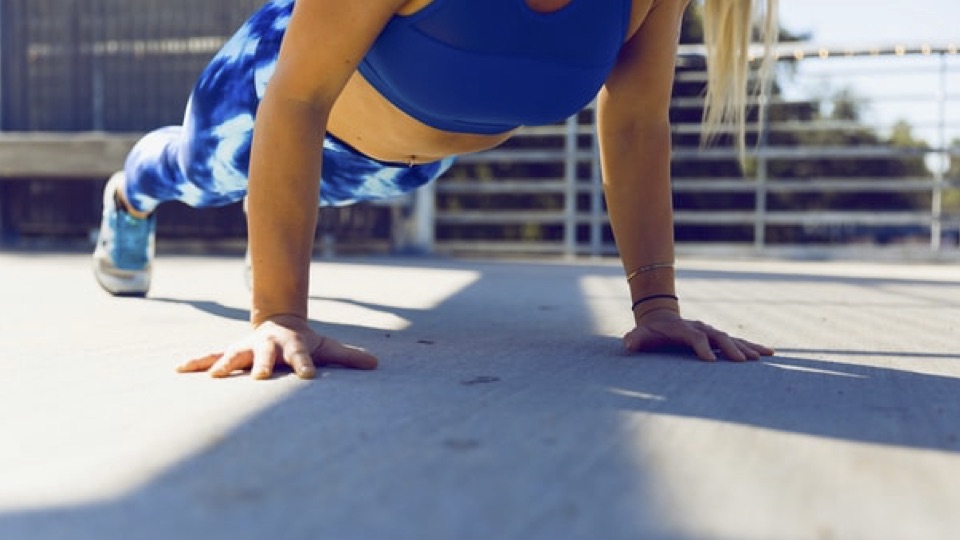 In this age of high-powered fitness regimens, it’s often forgotten that simple exercise and strength training techniques can still work wonders on your body. Consider the example of push-ups. You don’t need a Nautilus machine or even an exercise mat to do them. You can do push-ups while waiting for the bus or the subway or standing in line to buy tickets to a show ( although you may get a few looks on that last one…).

You can even perform them in your living room while you’re telecommuting.

It seems that more and more Americans have been doing just that. A YouTube video, “See 10, Do 10” has gone viral on the Internet. And Tik Tok has begun circulating all sorts of newfangled versions of push-up drills, everything from flying push-ups and one-armed push-ups to moms doing push-ups with a tot clinging to their back.

Is it really so surprising? After all, push-ups are buried deep in our national psyche. They are often the first form of exercise we learn, usually in kindergarten class. And that example stays with us. The Society of Health Educators has declared push-ups the essential resistance training “benchmark” for kids in the third through fifth grade. And the Presidential Fitness Test measures a person’s fitness based on the number and type of push-ups he or she can perform.

Even those of us that never joined the military probably remember push-ups as a form of corporal punishment. How many times in school did your gym teacher say, “Drop down and give me 20”? Perhaps more times than you’d care to remember.

Turns out that the push-up has ancient spiritual roots. Some have traced its origins to the Zoroastrian practice of genuflecting to the Sun. It is also thought to be descended from the Hindu dand, which is an amalgamation of two yoga postures, Up Dog and Down Dog. But it was the world renowned Indian wrestler and strongman, Ghulam Mohammad (dubbed the “Great Gama”), who is credited with inventing the modern push-up — mainly by giving the exercise its now instantly recognizable name

Many fitness junkies love push-ups but there’s good news even if you don’t. They’re really good for you, even in small numbers. The latest scientific research indicates that push-ups not only strengthen muscles, they also reduce the risk of heart disease. Even doing a handful a day can make a real difference.

Related: “Meditation In Motion: Is Tai Chi the Perfect Blend?”

The latest study was conducted by researchers at the Harvard T.H. Chan School of Public Health who claim theirs is the first to link push-ups to heart disease. Their study compared middle-aged men who do 40 or more consecutive push-ups daily to those who do just 10 or less.

The men in the first group had a 96% reduced risk of developing heart disease and other heart-related ailments, while those in the second group saw a much lower reduction in risk.

For the study, the researchers analyzed health data from 1,104 active male firefighters collected annually from 2000 to 2010. In addition to push-ups, the firefighters also exercised on a treadmill.

Somewhat surprisingly, the researchers found that the cardiovascular benefits derived from push-ups were greater than those from the treadmill exercise, even though the latter is more explicitly focused on cardio training.

The study does have some limitations. The sample comprised a single age and gender demographic as well as one physically active occupational specialty. It’s not clear if other less active groups of men or women would report the same benefits.

Moreover, the researchers tested for health risk simply by comparing those that developed heart problems during the ten years of study and those that did not. There’s a clear correlation between pushups and heart disease but that doesn’t prove causality. Other factors — including diet and nutrition habits — might well be in play.

Still, the contrast in health outcomes between the two push-up groups was sufficiently stark to suggest that push-ups could well play an important role in reducing the risk for heart disease. While the 10-40 a day push-up group exhibited the strongest health benefit, the study found that those doing less than 10 a day also benefited — just not as much.

Push-ups also have obvious body conditioning benefits which are more extensive than once believed. In addition to enhancing upper body strength, push-ups can strengthen the lower back, hips, and core by engaging the abdominal muscles. Push-ups also strengthen your bones and done correctly, can improve your posture.

And you don’t have to do push-ups on your toes, either. Research shows that the bent knee version, often recommended for women, also provides real benefits. The main issue is to maintain good form, with hands shoulder-width apart, shoulders stacked directly above your wrists, legs extended behind you, and your core and glutes engaged.

For those seeking a bigger challenge, there are lots of variations on the “classic” push-up. You can amp up the intensity and target specific muscle groups. But if you’re a newbie, don’t overdo it, experts say. Start small and work up to a larger set of push-ups over time — or not. It’s consistency that counts.

With so many Americans stressed out, there’s something comforting in the idea that a return to a simple time-tested fitness practice might just be the thing to strengthen us.

0 comments on “The Push-Up: This Fitness Basic Is Having A Moment”