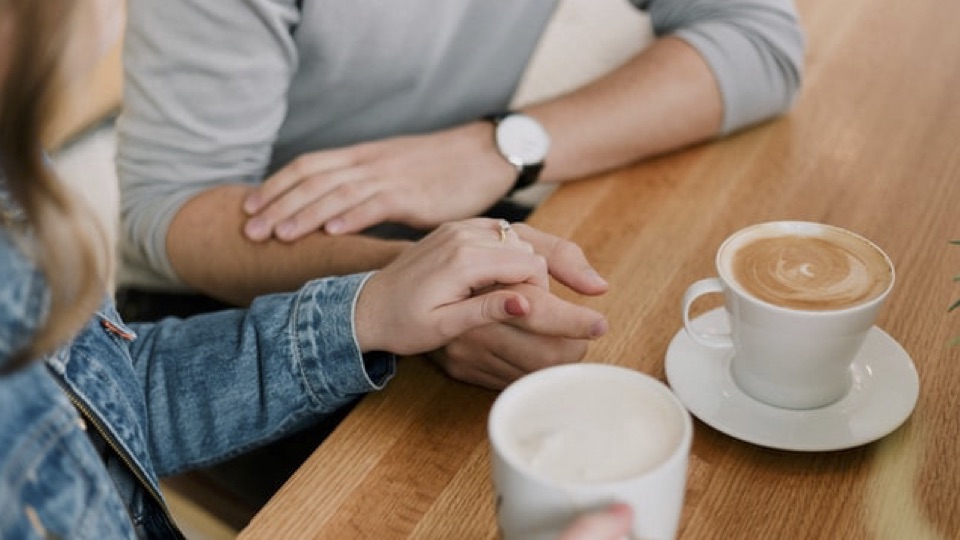 A few years ago, one of my American friends remarked how she enjoys seeing Serbian people hanging out in coffee shops in the morning or afternoon and chatting away with their friends while having a cup of coffee; in America, she says, that doesn’t happen so often.

A Speedy Affair in the USA

While Americans are pretty passionate about coffee (back in 2013, Thrillist listed 29 distinct types of American coffee drinkers), their coffee rituals often seem to lack the social component that’s inextricably linked with his beverage. According to food writer Max Falkowitz, the American way of drinking coffee is “speedy and largely solitary.” Its main purpose is to give you an energy boost in the morning and equip you for tackling daily tasks more efficiently, so it’s mainly about motivation and performance.

Related: “Not Your Grandma’s Instant Coffee”

And while my image of Americans drinking coffee often involves a “to-go” version before work as seen in the movies, a survey conducted by the National Coffee Association (NCA) states that 79 percent of Americans tend to drink coffee at home. The same survey showed that only around 29 percent of US coffee consumers drink coffee to relax, which goes in favor of the high-efficiency theory.

Of course, that isn’t to say that Americans never drink coffee to unwind and socialize. The phrase, “Let’s go get some coffee” still gets uttered a lot, and it doesn’t only signify the physical act of drinking coffee, but also a desire to catch up and spend some quality time together.

A Collective Experience in Serbia

The majority of people I know can’t imagine their day without having at least one cup of coffee, most often black. As is the case with coffee drinkers anywhere, people in Serbia often have coffee in the morning to help them wake up quickly and they use it as a replacement for breakfast. Serbian people dislike drinking coffee alone, so they often drink it with their families and friends, or they have a cup of coffee with their colleagues in the office before the working day officially starts.

Neighbors also play an important role in coffee consumption, so it’s common for people living next door to visit each other and drink coffee together whenever they have time. When I was little, my mom and one of the neighbors had a long-standing tradition to drink coffee together on Saturday mornings. They even had a secret code—whenever you heard knocking on the wall, you knew it was “coffee time.”

Whether it’s done at home or in a coffee shop, it’s almost always a social thing, and I’ve always felt that coffee sessions resemble therapy sessions in some aspects—people have long talks with their friends with an inevitable dose of gossip, and they leave the room feeling less stressed and more optimistic. Coffee time is also a way to welcome a new person into our lives. Inviting someone for a cup of coffee means that you’re inviting them into your circle of friends and that you’re willing to get to know them and develop your relationship with them.

A Slow Moment in Sweden

Our Swedish friends indulge in their coffee sessions whether they are alone or in a company. Fika, as they call it, can be used as a noun and a verb, and it involves a break from daily activities, a slow moment to lay back and relax. You can do it alone or with friends, but either way, it’s a moment for pleasure.

Swedes say that fika doesn’t have to involve coffee at all, you can also have some sweets instead. What’s important is to use the time to enjoy the present moment. More often than not, it’s a chance to connect with people and have a conversation, and it’s seen as a break from the hectic daily lives everyone leads, a sweet intermission.

A Way of Life in Italy

One very dear Italian friend of mine rarely drinks coffee, but she acknowledges the important role this beverage plays in Italy. She says that Italians often drink coffee in the morning to increase their energy levels, but they also make frequent coffee breaks while at work. Drinking coffee is an occasion to catch up with friends, especially if you haven’t seen them in a while, and it’s a good way to ask someone out—“Ci prendiamo un caffè?” (“Want to go grab some coffee?”) is how many first dates come about.

Some Italians say that drinking coffee at home tends to be a slower process compared to having coffee at bars, where people who order espresso are often in a hurry and sometimes don’t even sit down to drink it. While the word “espresso” does mean “fast” in Italian, it actually refers to the brewing method, which involves “pressing” water through the coffee, although it is undoubtedly a quick way to make this beverage.

Coffee rituals around the world differ, but the primary feature of coffee is to bring pleasure and bring people together. Some do it more, some less, but it’s an effective way to make a pause in our daily schedules and relax for a moment. And in challenging times such as these, when we can’t always have our loved ones around, even a virtual get-together for a cup of coffee can do wonders.

0 comments on “The Many “Faces” of A Coffee Cup”