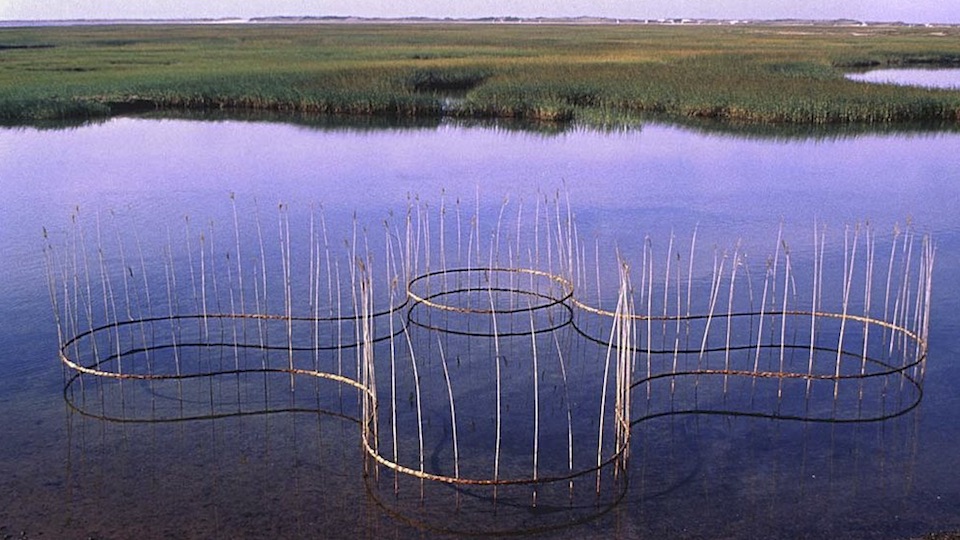 The relationship between art and sustainability runs deep, but their unity isn’t an easy one to define. The term “sustainable art” takes on many meanings and its definition has expanded dramatically in the last few decades. Some artists think of sustainable art as a way to apply eco-friendly practices in their work and use recycled materials. Others believe that sustainable art is a cultural and economic movement that gives them a platform to send a message about environmental issues and social injustice. However you choose to define it, the core principles are the same —ecology, social justice, non-violence, and grassroots democracy.

The Beginnings of Sustainable Art

Although we think of sustainable art as a concept that appeared in the second half of the last century, its roots go much deeper. One type of sustainable art emerged in Japan in the Nara period (710-794) in the form of Japanese fabric folding or Furoshiki. It was first used as a way to protect valuable items in transit, but in more recent times, it has become an eco-friendly way to wrap gifts and carry necessities.

Japan has also been a pioneer in giving broken objects a new life. In the 15th century, they developed Kintsugi, the act of repairing broken pottery with gold. The artists used it to encourage people to avoid waste and value imperfection. Both art forms had the same goal —to honor used objects, and they helped establish Japanese art as a leader in the field.

In the western world, the origins of sustainable art can be traced back to the emergence of conceptual art in the late 1960s and early 1970s. Conceptual art emphasizes dematerialization and questions the functioning of the art system. It focuses on the artist’s intention rather than on the finished product. The meaning of the piece is more important than the fact that you can own it, be it a painting, a photo, or a sculpture. Conceptual art often involves site-specific works that are short-lived, and the artists typically use everyday objects and materials.

Conceptual art led to the development of land art, a movement that truly catapulted sustainable art to prominence. The artists used materials such as wood, stone, sand, and water, and the environment was their medium, but it was never compromised by the artwork itself. The event that defined the movement of land art was an exhibition titled Earthworks, organized by Robert Smithson in 1968. His most famous earthwork was his Spiral Jetty. Smithson built an enormous spiral on the northeastern shore of Great Salt Lake using over six thousand tons of black basalt rocks. The spiral showed the fusion of art and landscape, creating a winding road from the shore to the water.

Smithson’s work inspired other artists, among them Andy Goldsworthy, a well-known British artist who began making site-specific installations in Scotland in the 1980s. He used mud, rocks, branches, and leaves to create passing sculptures that grow and disappear. He also used his skills as a photographer to capture his work and enhance its beauty.

The Evolution of Sustainable Art

In 1983, the United Nations established the World Commission on Environment and Development, a.k.a. the Brundtland Commission. They created guidelines on how to implement eco-conscious practices in a variety of industries, including art. Artists embraced these strategies, and as we became more aware of our collective need to protect our planet, sustainable art flourished and developed into several types.

Ecological art focuses on restoration and activism. Artists that belong to this movement use their work to make a statement about ethical issues and any form of social injustice. In addition to drawing attention to a certain problem, they also try to help in finding the solution to it, regardless of how small their contribution may be.

Upcycling is a form of art that involves the use of unwanted or broken objects. This movement gained momentum in recent years, largely due to the fact that people became more conscious of the global problem with plastics. These artists use materials that would otherwise end up in landfills to create artwork that’s unique and protective of the environment.

Another branch of sustainable art that developed recently, renewable energy sculptures harness the solar, wind, tidal, and geothermal energy and bring it to communities. The goal is to emphasize our ability to transform the Earth’s natural resources into power. This art movement effectively joins science with art and aims to show that everything we need lies in nature.

The idea behind closed-loop fashion is that clothes can be reused, transformed, or recycled back to their original form. Fashion brands can create a closed-loop within the manufacturing industry and make the process of clothes production more eco-friendly, which would also lead to lower prices.

Artists around the world are constantly finding new ways to adopt the principles of sustainability while creating their works. They use accessible and cost-effective materials to emphasize environmental and political issues and to encourage social awareness. Sustainable art requires artists to be more creative, so apart from benefiting the environment, it also benefits the audiences.

0 comments on “The “Art” of Sustainability”