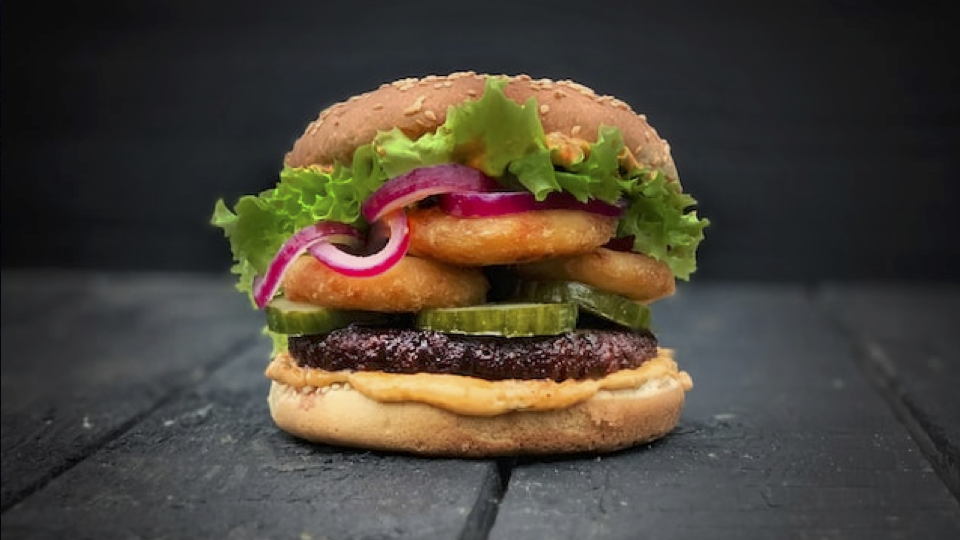 Plant-based meats are selling like hotcakes (actually better). 41% of us have tried so-called “alt meat” and the market could be worth $140 billion (or 10% of the meat market) by the end of the decade, according to industry tracking sources. Over the past three years, plant-based meat dollar sales have grown 74 percent and have outpaced animal-based meat dollar sales growth by almost triple. Fake burgers, seafood, sausage, chicken, and even non-animal deli meats are big business. And it’s not just supermarkets;  restaurant chains like KFC, White Castle, TGI Fridays, Del Taco, McDonald’s, and Burger King are all offering meat alternatives on their menus.

You don’t have to be a vegan to want to switch it up. Even avowed omnivores get a yen now and then something a little different in the entrée and sandwich department. Something that offers a better carbon footprint, a less painful price tag, something that spares the life of a few farm or sea animals. Whichever motivation speaks to you, plant-based meats deserve a place on your menu.

The good news is that we’ve come a long way from those rubbery dry old- fashioned soy burgers of the 1970s. Today’s protein-rich pretenders really do deliver. Your thumbs up or down will depend on how attached you are to the experience of eating animal-derived meat, how you feel about the environmental impact of animal products on the environment, and how you feel about the large-scale cruelty practiced by animal agriculture. This practice produces 65% of the world’s nitrous oxide emissions which has a global warming impact 296 times greater than carbon dioxide. Raising livestock for human consumption generates nearly 15% of total global greenhouse gas emissions, which is greater than all the transportation emissions combined. According to the Center for Biological Diversity, replacing 50% of animal products with plant-based foods in the United States would prevent more than 1.6 billion tons of greenhouse gas pollution by 2030.

So, if you’re going to take the plant-based plunge, here are some considerations. After all, if it doesn’t taste good, all the environmental arguments aren’t going to bring you back for more.

While most plant-based meat alternatives contain protein, Beyond Burger and Impossible Burgers are most comparable in quality to the foods they’re trying to imitate or displace,   Most fake meats are also higher in fiber than real meat, (and therefore, when combined with protein, tend to keep you fuller for longer). Another plus– alternative meats all contain very little saturated fat, which is often a concern for those trying to limit red meat intake. Plant-based meats also get you eating more vegetables (and thus more fiber) which is a very good thing since about 95% of us aren’t consuming enough vegetables or getting the recommended amount of fiber, important for gastrointestinal health and overall immunity. Meat can cause digestive symptoms such as diarrhea or constipation in some eaters and red meat can increase the risk of a gastrointestinal condition called diverticulitis.  Because of the concern about carcinogens in red and processed meats, The American Heart Association recommends more plant protein in place of meat to improve heart health.  And alt-meat generally is lower in calories than its competitors in the meat case and free of cholesterol.

Not all plant-based meats are vegan, some contain milk and eggs.  If you are avoiding those items, be sure to read labels carefully.

Plant-based products contain fillers and may be high in non-animal saturated fats (like coconut oil and canola oil) Also, important to vegans, some manufacturers add vitamin B12 — (an essential for the body which meat provides), but others don’t. Plant-based meats may also have less zinc and other important minerals than regular meat.

Sodium content varies depending on the product and brand but in some plant-based meat, the sodium content may be six times that of its meat-based equivalent.

Remember, it’s not all ready-to-eat. You also have the option of cooking and eating less processed traditional soybean meat substitutes like tofu, tempeh, and seitan which come free of added sodium and fillers, and saturated fat. Seitan for example; if you’re gluten-free, this is out because this product is literally made from wheat gluten. But if you aren’t gluten-averse it’s a great option –tasty, and high in protein as well as low in fat and moderately low in carbs. It has a mild taste and a chewy texture and has been popular for ages in Asian cuisine.  It can be a substitute for meat or poultry, given a nice tasty sauce.

What’s another way to have your plant-based Whopper or Sloppy Joe with less expense and more fresh ingredients and no nutrition-less fillers? Why not DIY it, for half the price and know exactly what you’re getting?

1 can pinto beans – drained (save 2 tablespoons)

Photo by LikeMeat on Unsplash