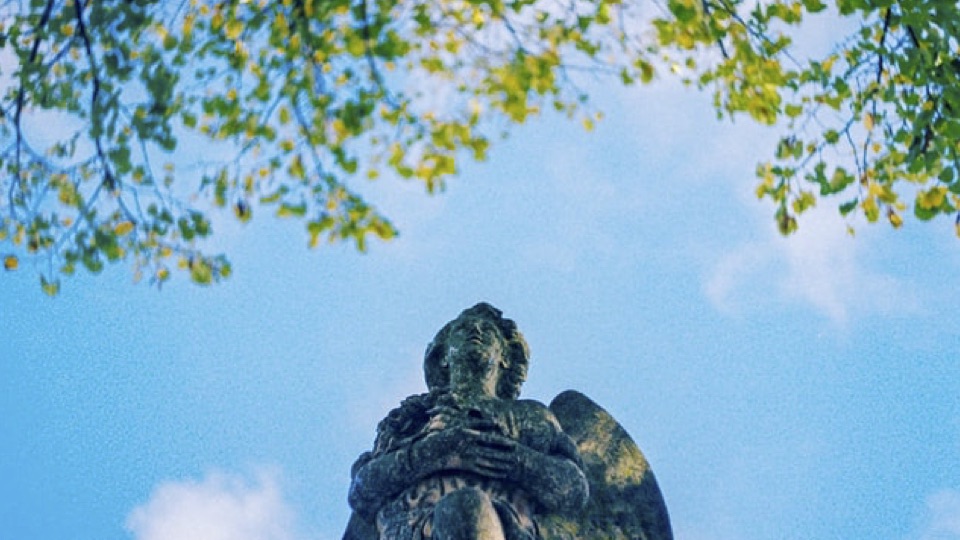 Is there life after death? And is it really possible to communicate with those who have passed on? These are two questions that have intrigued humans for eons. Considering the staggering loss we’ve experienced during COVID, I’m predicting a resurgence of interest. So, is it really possible? Like, really? Or is it a bunch of hooey? Whatever your stance, you have to admit it’s kind of cool to ponder. (Exhibit A: the many generations of slumber-party attendees fascinated with Ouija boards).

For eons, there have been people who claim to be able to communicate with the dead. In the U.S., what became known as “the spiritualist movement” kicked off in the mid-19th century with two sisters in upstate New York. Maggie and Katy Fox claimed to be getting messages – in the form of tappings – from a peddler who told them he’d been murdered and was buried in their basement. The “demonstrations” they held drew ever-larger crowds. Although the girls later admitted that it was all an elaborate prank, there was no doubt that people were interested in communicating with the dead.

As cities grew more crowded, mortality rates from epidemics of cholera and influenza were on the rise. In the 19th century, almost a third of all city-born kids died before their 5th birthday. Then, the unprecedented slaughter of World War I led to more unspeakable grief. No wonder families wanted a way to hear from a loved one again or to get some answers and closure. Enter the spiritualist “medium,” someone to serve as the bridge between this world and the next.

Early mediumship sessions during this time largely focused on the séance, where a group would join together to get messages from The Other Side. These came in the form of physical manifestations: words mysteriously appearing on a chalkboard, sounds coming through a trumpet floating in the air, tables “tapping” out words via lifted feet, and more. The spiritual predicate for these methods was that the medium – boosted by the energy of attendees at the table  – could manifest messages through these physical devices. As one who’s experienced some of these methods firsthand, it’s pretty impressive (and more than a little bit freaky).

However, physical mediumship was also rife with the possibility of fraud. Harry Houdini spent a large portion of his career pulling the curtain back on charlatans and exposing them. It was his major pet peeve.

But for every twenty fakes, there was always a medium willing to be rigorously tested and challenged by scientific experts to prove his/her legitimacy. And they frequently came through with pretty interesting results.

In these modern times, mediumship has become less about physical tricks and more about receiving and sharing messages through a mental “channel.” You’ve likely seen (or heard about) folks like John Edwards or Teresa Caputo on TV. Some “mental mediums” deliver fairly generic statements, but there are others who can pick up details not readily available. For my part, I once had a session with a Welsh medium who was visiting here in the states. The next day, I had planned to take a trip to the newly-discovered resting place of my grandfather, who had pretty much fallen off the family radar.

Absolutely no one knew about this little road trip to an obscure cemetery. As soon as I sat down, the medium said, “Oh, your grandfather is so pleased you’re coming to visit him tomorrow!” and added a few more very specific details about him that I’d learned in recent days from a cousin. I nearly fell off the chair.

So, the question is, can people really communicate with the dead? The bottom line is, yes. Sort of. As we learn more about quantum physics and the nature of energetic frequencies, there are those who possess heightened senses and are able to pierce the “white noise” between the physical realms. Their particular radio channel is turned waaaaay up.

However,  while there’s compelling evidence of people who can actually communicate with the Other Side, there will always be those willing to take advantage.

As with World War I, I predict that the frightening loss around COVID-19 will likely spur another wave of interest in mediumship. If you or someone you know is so inclined to seek out a session, it’s smart to do some homework and get a solid word-of-mouth recommendation. [One important tip: if any medium tries to sell you on the idea that your loved one is in a “dark place,” is “trapped” or needs help to “move on” (for extra money, naturally), that’s a sure sign that it’s a scam. Truly reputable mediums work to facilitate healing and closure; while they deserve to get paid for their time and effort like any professional, extra charges like those mentioned are totally unethical.]

So yes, it may seem impossible. And more than a little bit weird. But if you don’t quite buy the spiritual side of mediumship, consider it from the side of physics and the daily new discoveries coming out in energy and science. Fascinating stuff.

Photo by Nikola Đuza on Unsplash

0 comments on “Is It REALLY Possible to Speak to the Dead?”