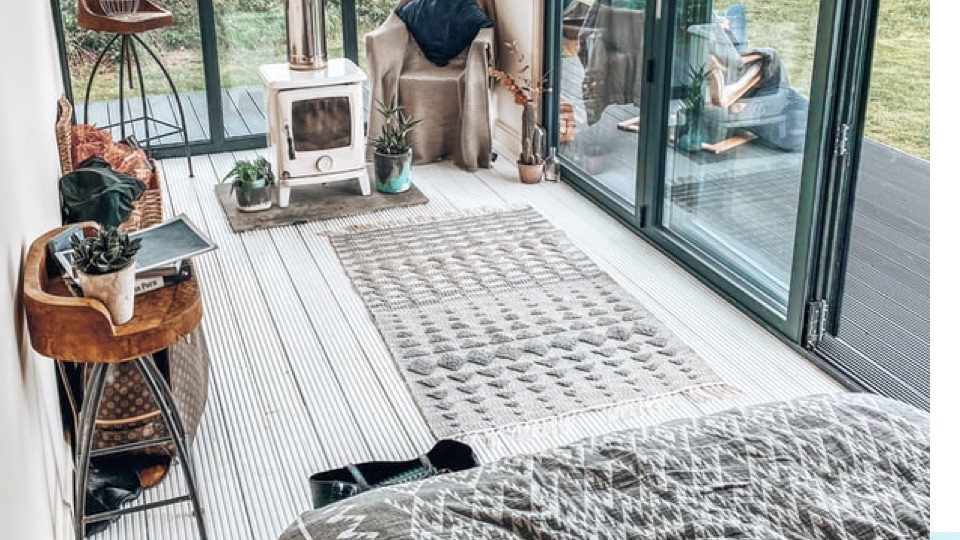 Editor’s Note: Ideas around housing materials are evolving. While these particular options may not be for everyone, we thought them worth sharing just to show you the innovations being made. Maybe they’ll inspire some little adaptions in your own home!

My first introduction to sustainable housing was through a film called Garbage Warrior. This documentary follows a man named Mike Reynolds, an eco-architect who is the inventor of “Earthship”-style building. He followed his own path to show how architecture can have a positive impact on the environment.

“Sustainability” is basically defined as, meeting our needs without compromising the ability of future generations to meet their needs. Simply put, it’s being mindful about the carbon footprint we create with future generations always in mind.

A sustainable home is efficient. It’s built (or retrofitted) in ways that respect resources, optimizes the use of water and energy, and can last longer when quality systems are implemented. Low-impact, high-performance materials are used during the building or retrofitting. You’ll find recycled, upcycled, and natural materials are go-to supplies.

The Earthship home is a type of passive solar shelter. It’s made using natural and upcycled material such as earth-packed tires (have you seen how many unused tires sit in landfills and junkyards?). Earth-packed tires are a great way to make another use of them.

The passive solar process involves designing and positioning the house, as well as the windows, to use the sun’s energy. It allows for absorbing and containing energy from the sun during the cold seasons in order to keep it warm. But the design also allows for that energy to be released during hot months to keep it cool.

Sustainable homes, such as the Earthship, are considered autonomous. They’re designed to operate independently without the need for infrastructural support such as electric or water companies. Everything you need is provided by nature, collected via the design of the home through rainwater systems and alternative energy. As long as your house is designed and built in a way that nature can provide, she will!

“Cob” is a building material typically made from straw, clay, and sand. I’ve seen people use related material including gravel, stones, and bits of timber. The resources are usually collected directly at the building site; if they need to be purchased, prices are fairly reasonable.

Cob houses are usually smaller in size and round in shape, although I’ve seen a variety. One of the great things about cob homes is that they can last a really long time, and don’t need that much work once completed. If by chance, cracks start to form, all you do is slap on some more cob.

The cob houses I’ve seen look like something out of a fairy tale. They’re so beautiful and actually look like they belong in nature. The roof of a cob house is often “live,” meaning they grow something, whether it be garden goodies or grass. It’s important to have a roof that covers the entire structure to keep the cob protected from the elements.

Strawbale houses use bales of straw as structural building blocks. Some people use them more as a form of insulation, but they also make fantastic walls. There is a wooden frame, of course — but, the bales make perfect bricks.

Once the walls are up, they’re then covered using common plaster, cement, or one of my favorites, cob! If you were standing in a finished strawbale home you wouldn’t even know the walls are made of straw.

Strawbale houses are generally cheaper to build. There are some specifics that have to be followed because straw is an organic material and it can decompose. The homes have to be built off of the ground to avoid any moisture, and they must be free of air pockets.

This is another great way to upcycle something that might end up sitting around rusting. People are having homes and offices built using old shipping containers and many have been turned into incredible homes.

There are tiny houses, prefabricated homes, and rammed-earth homes. Whatever the house is made of, the idea is to make it functional, autonomous, and to include multifunctional spaces.

Alternative energy sources provide electricity, water catchment systems store water, and resources are used mindfully. To live in a home that is self-sustained is an incredible accomplishment. When the power goes out due to a storm, you’ll still have power!

Sustainable homes help keep down how much “junk” you put out while allowing you to use the gifts that nature provides.

3 comments on “Cool Trends in Sustainable Homes (Is One In Your Future?)”