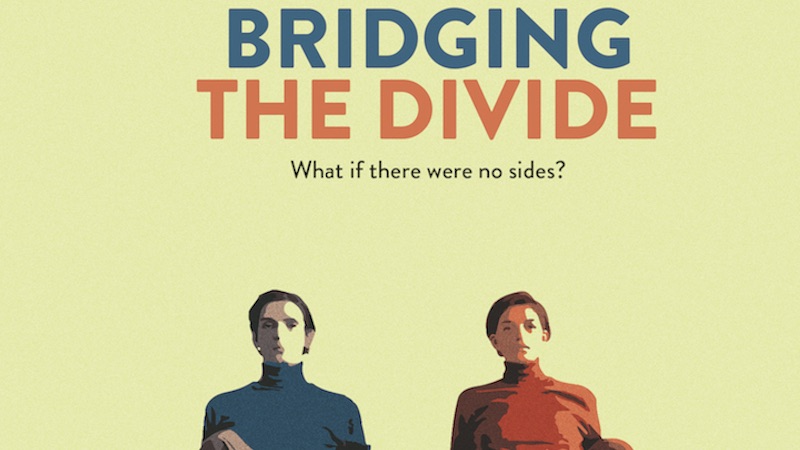 Not one of us has been left untouched by the many tension(s) caused by 2020 (seriously, don’t you want to just take a really long nap?). The political season has been especially fraught, and with only days left to go before the election, it’s almost unbearable. With tempers so short, the notion of talking about the things we hope for or disagree about in ways that are civil, helpful, and constructive seems like a foreign (if not impossible) concept. Whether from fear, stubbornness, or the particularly toxic climate of today, engaging in open, healthy discourse rates a “10” on the scale of difficulty.

However, those attitudes are untenable for the long term. Our world is at an inflection point and it’s critical to find common ground to solve the very real problems that we face. Simply “digging in” to any particular position is ultimately fruitless.

But with things feeling so “tribal,” how DO you find a way to effectively communicate with those with a different view of things?

That’s the subject of a weeklong series of films and discussions hosted by our friends at ConsciousGood TV. “Bridging the Divide” has been specifically curated to open channels of communication and help us talk to one another with honesty, respect – and then, ultimately, to achieve some things that will benefit us all.

Kicking things off on Wednesday, Oct. 28 at 5P PT/8P ET is a 24-hr. virtual screening and discussion around The ReUnited States, a documentary following four ordinary citizens doing the tough work of coming together in these fractious times. While their individual stories reveal how deeply divided we seem to be, it also uncovers new depths of hope for bringing our country back together. Join filmmaker, Ben Rekhi and his special guests, in a conversation designed to restore compassionate, constructive dialogue.

Let’s face it: continuing to just scream at or ignore those we disagree with gets us precisely nowhere. Bridging the Divide is a valuable tool to help us get out of our own way. We hope you’ll be part of this lively and important event! Here’s how to join us on Oct. 28.

0 comments on ““Bridging The Divide”: An Event to Move Us Forward”